I needed to go to Melbourne for a medical procedure, and afterwards I’d need Scott to help me home – so we all went off to Melbourne!  Lottie went off to a kennel the evening before, so all we had to do was wake up and get to the airport. 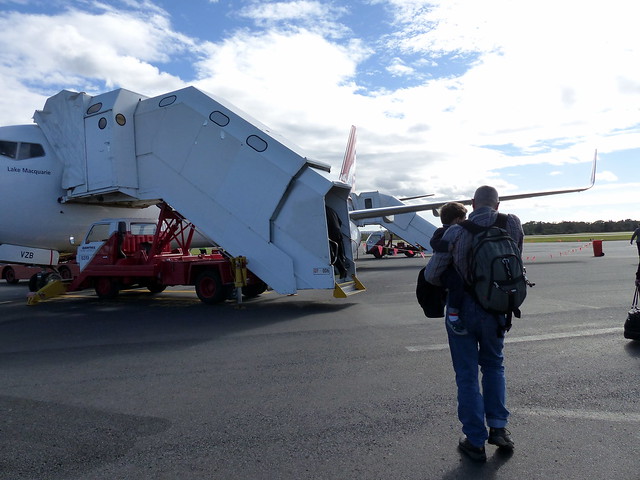 Eskil about to take his first airplane ride 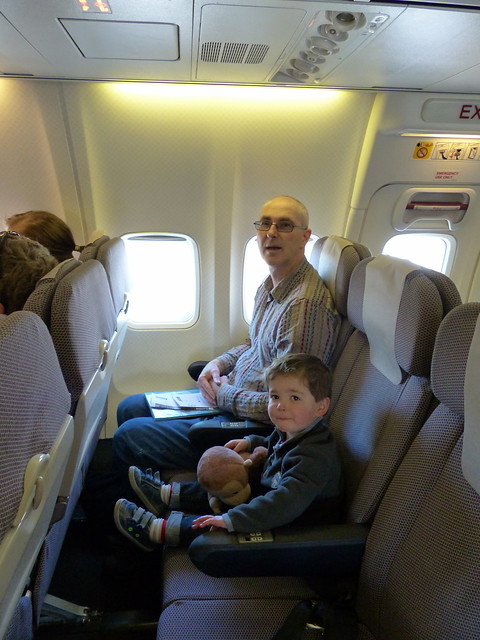 Eskil, Monkey and Daddy on the airplane!

The flight to Melbourne is only an hour, and Eskil spent much of it in Scott’s lap. The best way to see out the window when you’re small. I don’t think he really made the connection with the things he’s seen in the air and the thing he was flying in.
In Melbourne, we got our bags and caught the SkyBus. Eskil was already quite a handfull. He’s a fantastic runner – and has no concept yet of staying near mummy and daddy because it’s safer. Sigh. On the SkyBus, Eskil learned about YELLOW TAXIS. I thought the lady seated in front of us would get tired of Eskil screaming YELLOW into her ear, but luckily she didn’t seem to mind. Then we caught a taxi to our accommodation at North Melbourne Serviced Apartments. It was perfect – one bedroom with a living room/kitchen. It was located very close to the hospital, and right on Flemington Road – so very easy for the tram. We tried to put Eskil down for a sleep, but everything was too exciting so he couldn’t so off for a tram ride. . . 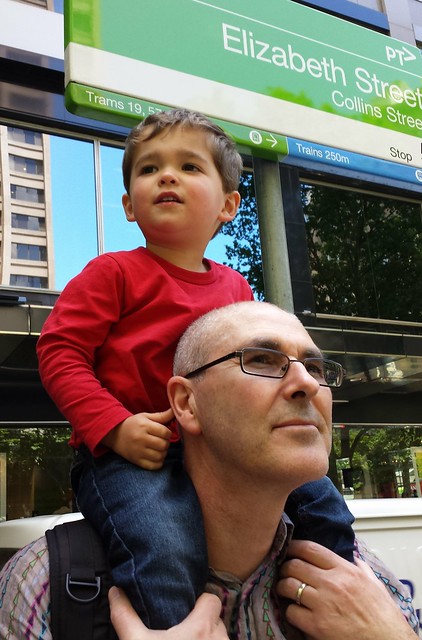 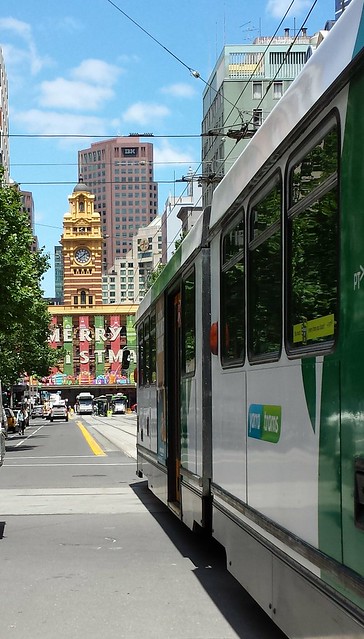 We went to Ikea. IKEA. And managed to not buy too much. 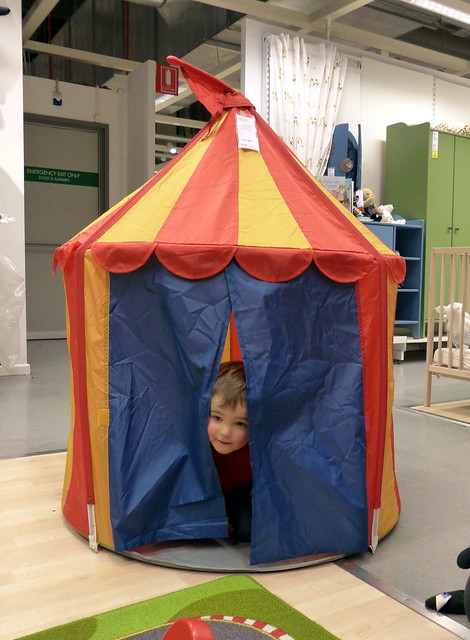 Eskil playing in a play tent at Ikea
before becoming the grotty, tired, screamy boy

As he was exhausted, Eskil did morph into a bit of a monster. Scott was insanely patient and carried him everywhere. Eskil did gather enough energy together to flirt with old ladies on the trams rides, so he was still recognisable as Eskil. And if you’re riding tram 109 from Richmond to the city, it’s all good: Eskil licked it clean. 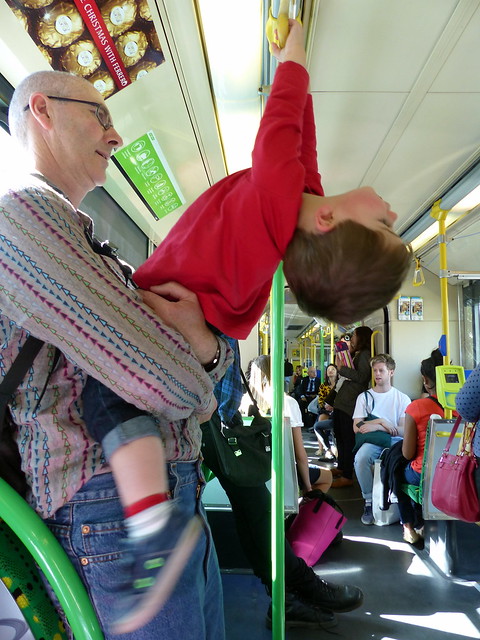 We were uncertain how Eskil would react to going to bed in a strange travel cot in a strange room, but with all the excitment and no nap it wasn’t a problem. 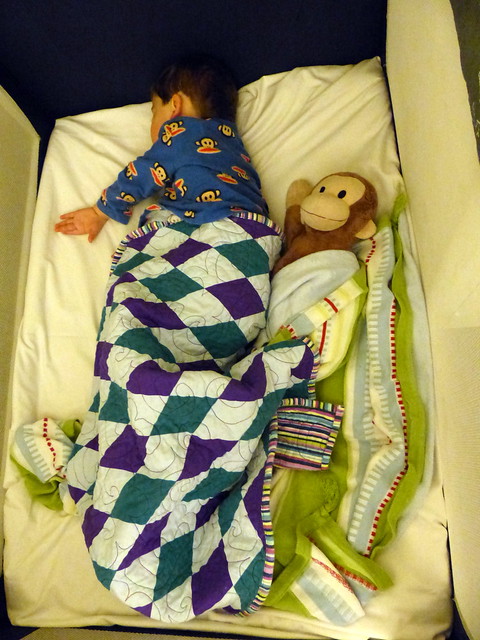 Eskil and Monkey George asleep in the hotel’s travel cot

And several diggers and cranes and bikes and other things that GO were spotted along the way.  Eskil gives it a top rating.