I’ve been waiting for a few more things to be finalised, however as they probably won’t be for a few weeks – and when they are I’ll also want to post before and after photos of the laundry – I thought I’d finally show off what’s happened with our floorboards. It’s taken us years to get to this point, a bit at a time, starting in 2006!!! (Not that we haven’t done heaps of other projects around the house in that time.)

Way back in the dark ages, when Scott bought this house, the entire thing was pink. Walls, carpets – everything. While most of the rooms had been re-painted before I moved in, he hadn’t yet done anything about the carpeting. It was old and, well, dirty pink. 😛

Just getting the nasty carpet up and out of the house improved things a lot. We even found that the living room, front entry and stairs had been sanded and stained in the past.

However the dining room was a different story. Under the carpeting were layers and layers of vinyl and ancient linoleum. Some places had patches that had been fixed down with a million tacks – and then of course walked over for years and years so they were sometimes impossible to get out. When we eventually got to the floor, it was raw and had never been treated. But the good thing was all the original boards were solid. Another fascinating thing was the newspaper between some of the layers.

But especially with all the tacks we couldn’t get rid of – and with Little Spark on the way – we decided to finally get the floorboards sanded and polished. We didn’t do it ourselves, and it was certainly worth paying someone to do. Our builder friend (who did the bathroom and will be doing a few more bits and pieces soon) recommended someone, and he was great. Did a good job and did it when he said he’d do it. 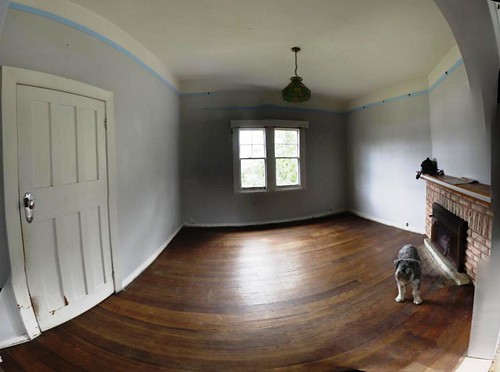 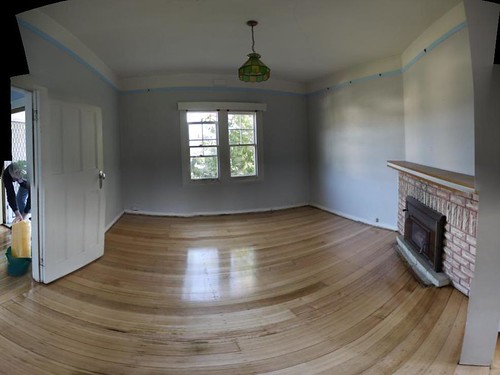 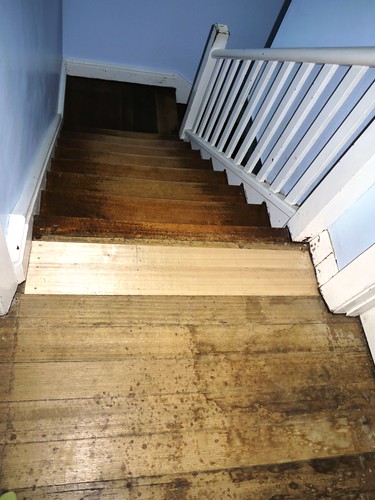 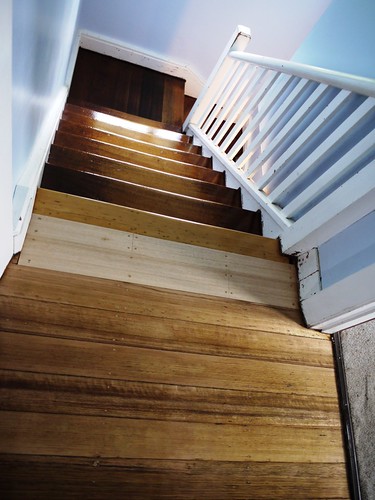 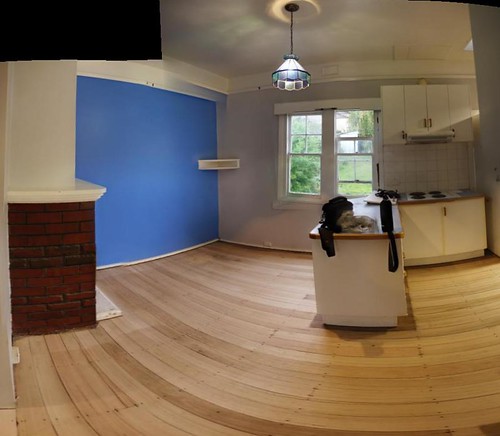 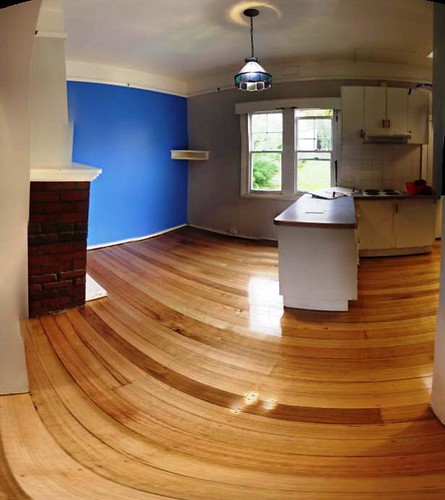 There’s still plenty of ‘character’ in the boards. Lots of tack holes that show where layers were patched when the occupants of the house must have been quite poor. Patches where the stain sunk into the boards in high-traffic areas. The stairs weren’t sanded back completely, so they still show their varnish and the wear patches even though they’ve been sealed. However it’s not a new house. We like having the history on display.

Next, there are some skirting boards that need repairing, we need new kickboards in the kitchen (we had to just cut the vinyl layers around the cabinets so now they’re a centimetre off the floor!), and the laundry is being re-tiles and the ‘punishment toilet’ is being replaced. Skirting boards and doors need painting too, but I don’t want to do that before Sparky comes!