Unfortunately, as forecast, today it RAINED. We had considered taking a train but with the weather what it was we decided to hit the road. Our first destination was Bacup, where my great grandmother was born. When we’d mentioned the day before that we were going to Bacup, we found out a bit of its history as where the regional railway ended and therefore where the Irish navvies settled. (With my great grandmother’s surname being ‘Hannon’, this did not surprise me at all.) Not knowing where to go in Bacup, and with the rain pelting down, we merely paused there. 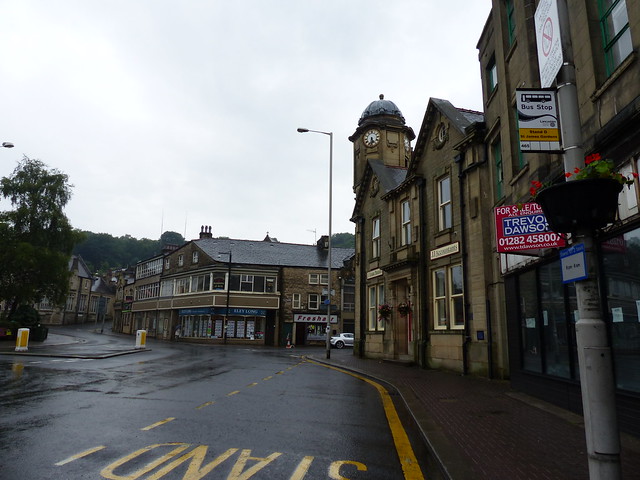 We spent the next several hours quite literally driving up hill and down dale. It was beautiful country with crazy steep, narrow lanes between stone walls and brilliantly green fields. 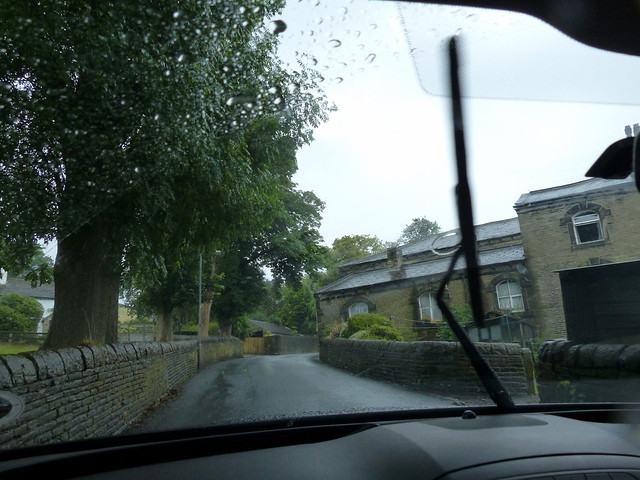 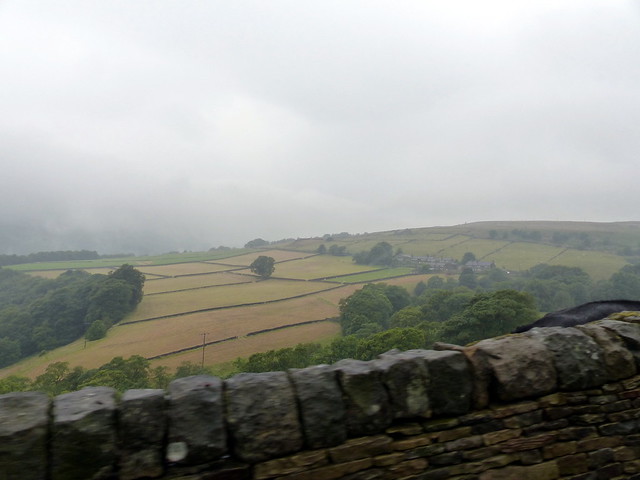 I navigated us through a fairly random route, skirting Bradford and headed to Harrogate. It was a Saturday, and Harrogate was busy. We wandered around looking through shops. Eskil found The Wiggles’ Big Red Car. 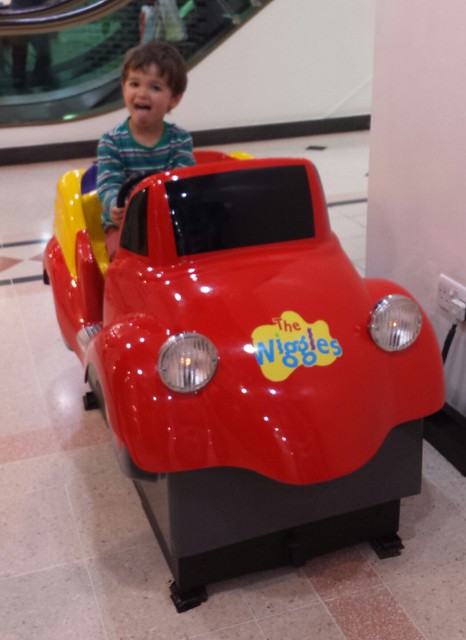 I thought it would be nice to go to Betty’s Tea Rooms, however the queue was around the block. 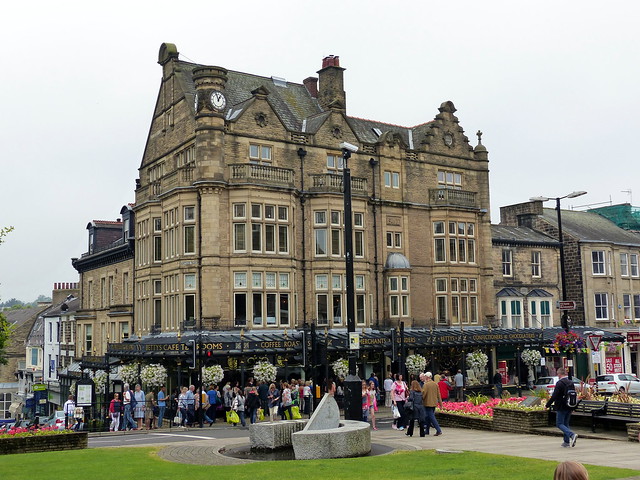 Harrogate is still lovely, however it had a lot more of the same-old, same-old British chain shops than I remember it having. After eating, exhausting the shops that held any interest, and dodging the rain, we headed on. 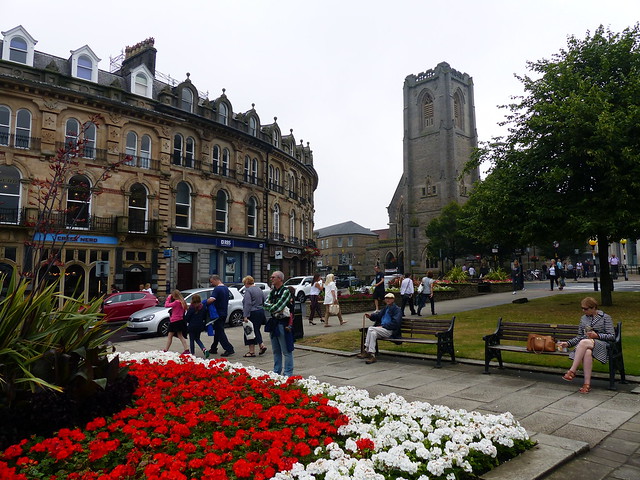 Harumph. There were reminders of our nemesis, the Tour de France, all over. 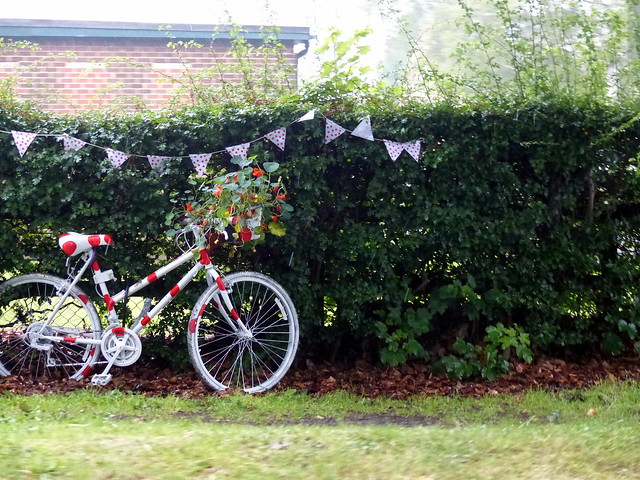 After finding some food for a picnic lunch at our hotel, we arrived at our accommodation fairly early. It had finally stopped raining, but we had a relaxing late afternoon and evening.

More photos can be viewed at https://www.flickr.com/photos/cragg-ohlsson/archives/date-taken/2014/07/19/.