Last weekend was the Australia Day long weekend.  Australia Day, on the 26th of January, is the anniversary of the First Fleet arriving in Sydney in 1788.  Some people call this Invasion Day, referring to the fact that Australia already had an indigenous population who have not yet recovered from these uninvited invaders, however I do try to think about what I love about Australia on this day.

American relatives and friends seem to think this day equates to the 4th of July, however aside from being our national holiday it doesn’t.  We never fought a war for independence; we are still part of the Commonwealth.  Probably a direct comparison makes them sound more similar than they are: BBQs, citizenship ceremonies, sometimes fireworks.

Australia Day is gentler.  Australians laugh at themselves rather than declaring themselves better than others.  We prefer the battler to the tall poppy.

So what was our Australia Day long weekend like?

Saturday night we had friend around for dinner. Strangely, but because we’d been trying to arrange it for over a month, we had a very Asian dinner rather than BBQ. 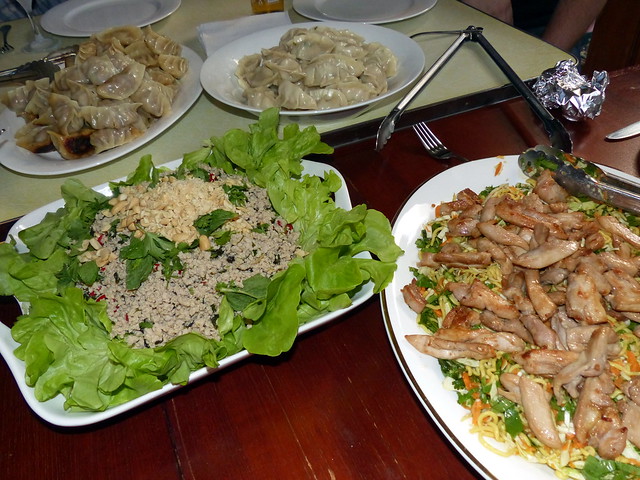 The next day, we visited Scott’s parents: 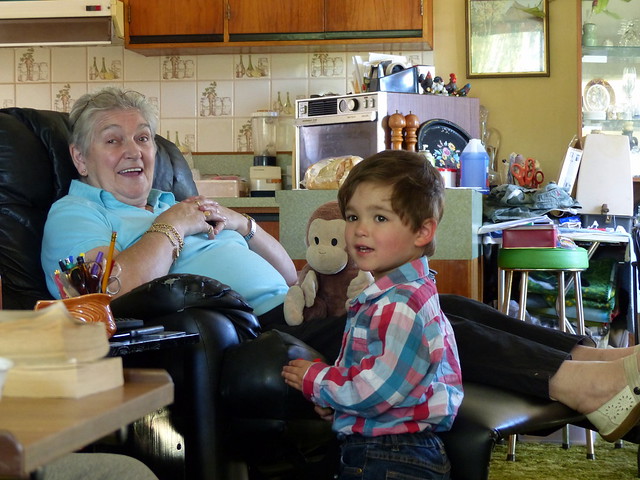 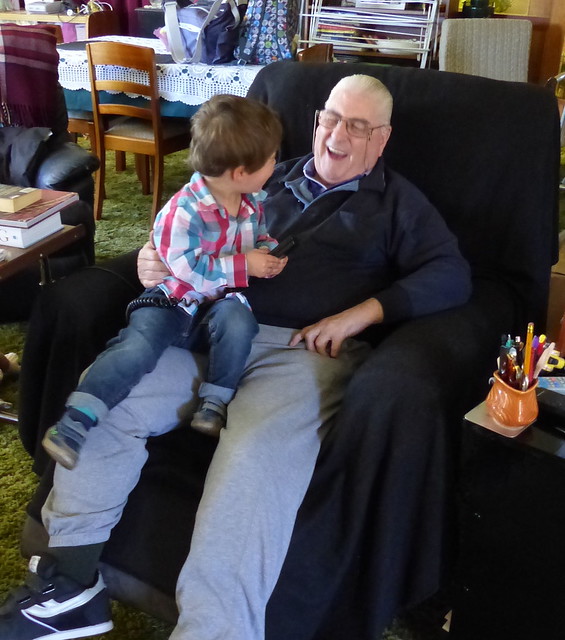 We harvested our acid cherries, and I made the best cherry pie I ever ate: 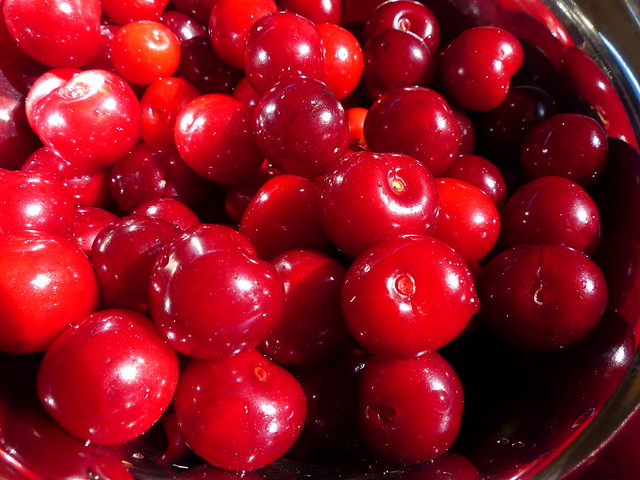 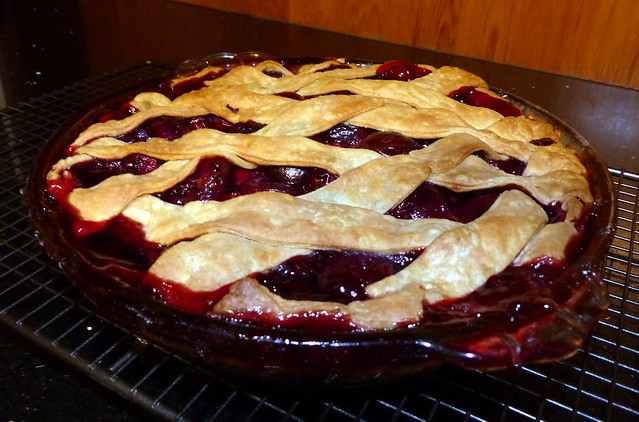 On the Monday we went to the beach: 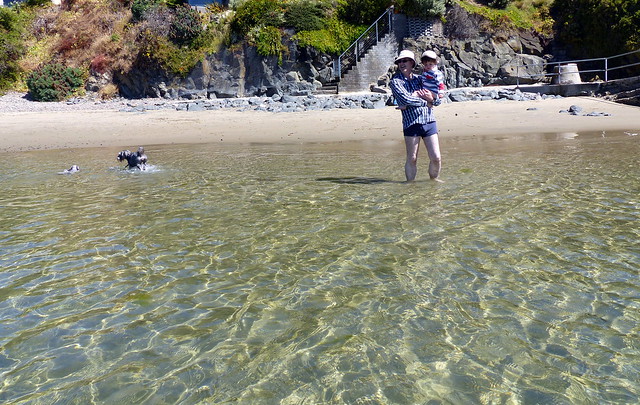 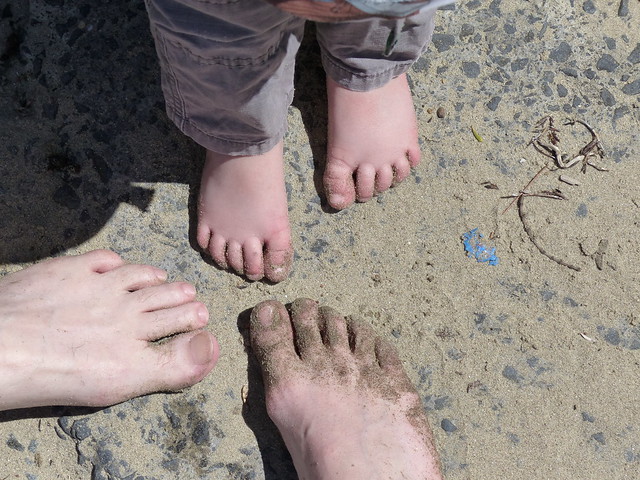 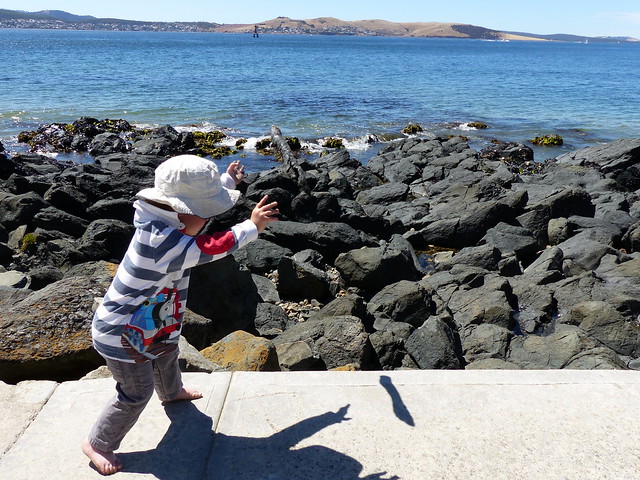 Most exciting for Eskil, the council bin men let him press the button on the garbage crusher: 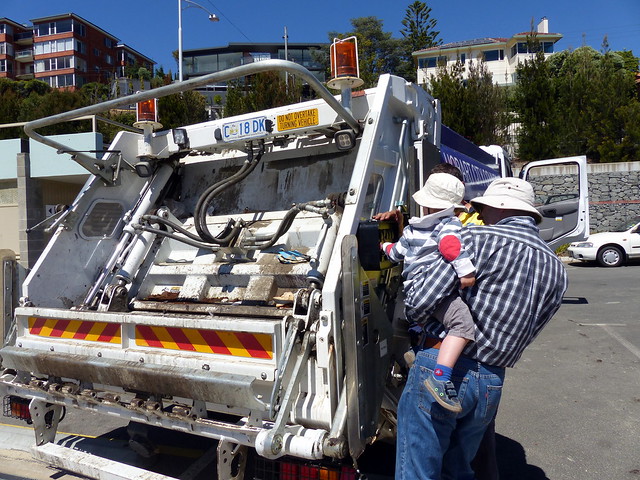 One thing Australians definitely don’t do is flag-waving hoo-ha (although there are very special people called ‘bogans’ who seem to be trying to introduce this; the less said the better). So I can’t explain this except by assuming it is toddler-esque enthusiasm: 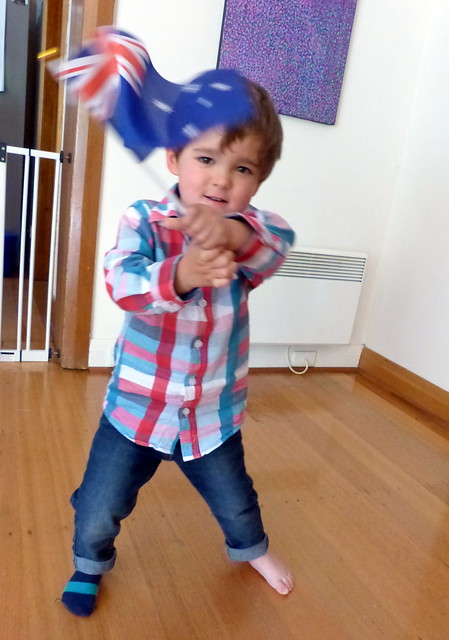