Today was quite a sunny but not overly warm day. It would have been a perfect day for playing in a park or adventuring outside, however over the weekend Scott and I cleaned and resealed the deck. My back still hadn’t recovered!

I still work Monday, Tuesday, and Wednesday and am home with Eskil on Thursdays and Fridays. Eskil wakes up sometime between 5:45 (usually on weekends) and 7:30 (usually on work days; not helpful as we haven’t used an alarum since he was born).

On this day he woke up 6:30-ish and wanted milk and to watch Peppa Pig. He’s also in love with a stack of photos from our holiday last year. I had them printed to give to Scott’s parents, however they may not last that long! 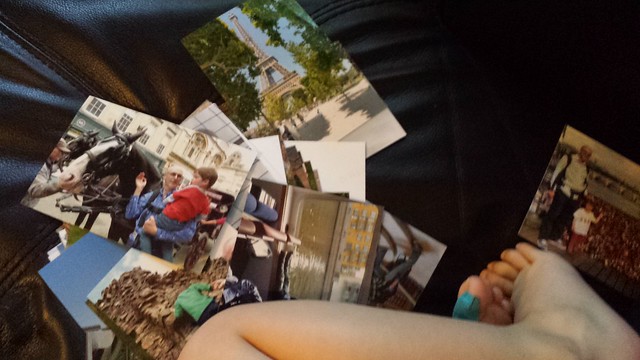 Eskil wanted Scott to zoom him around in the washing basket airplane. 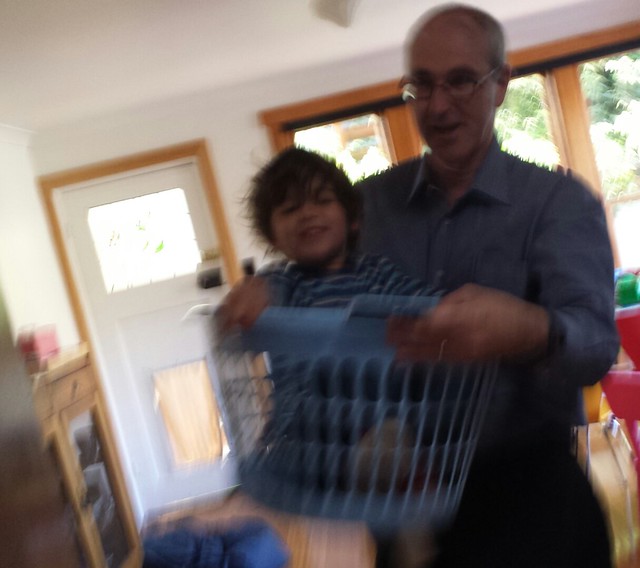 We drove daddy to his office and said good bye. Eskil now knows what all the colours of stop lights mean, and he enthusiastically look for yellow or rellow. 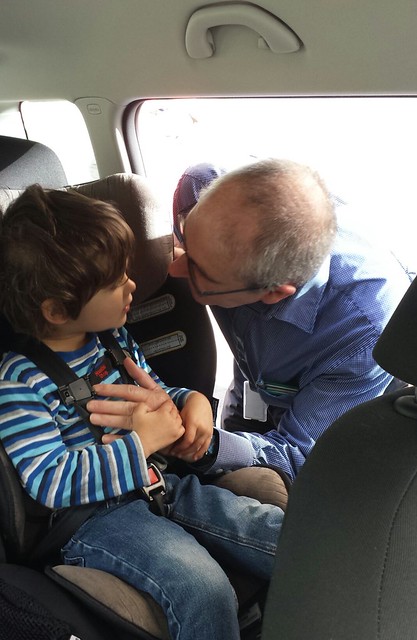 Lately we’ve been going to the local cafe probably once a week. He’s not an easy dining companion, however I figure he’ll only improve with practise. Plus coffee and a halloumi/avocado/caramelised onion/rocket panini. 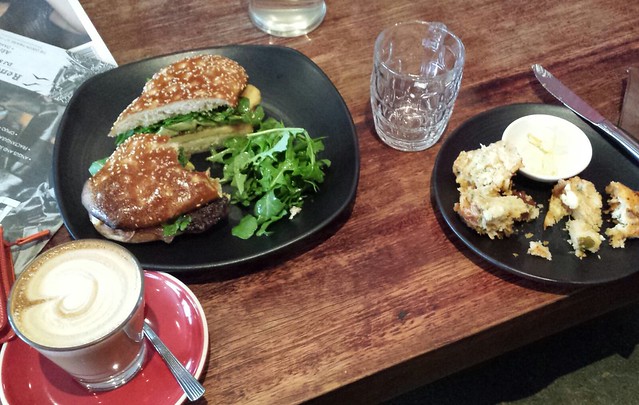 When we left the cafe, Eskil wanted to go for ‘a little walk’. (He always says ‘a little walk’.) So we headed around the block. He had fun for a bit – he loves dancing around poles – but of course wanted to be carried before we got back to the car. 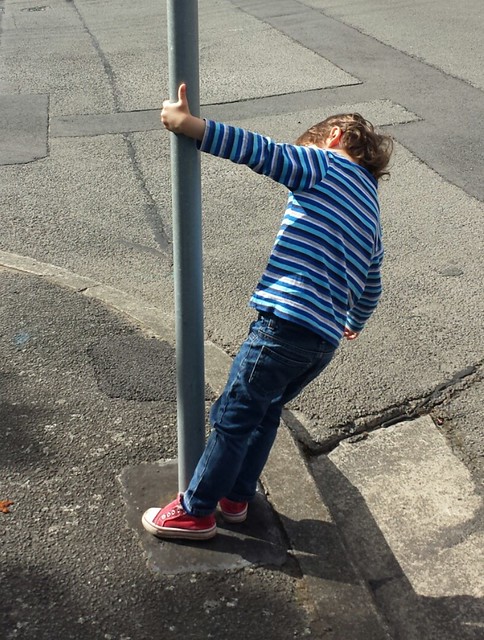 At home. For some reason he though he needed to keep Monkey safe. 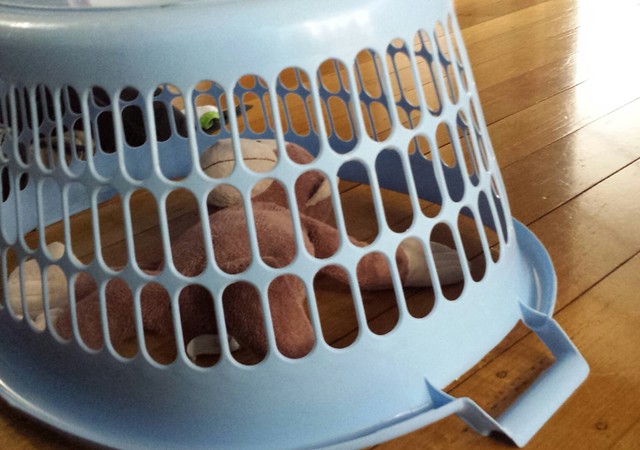 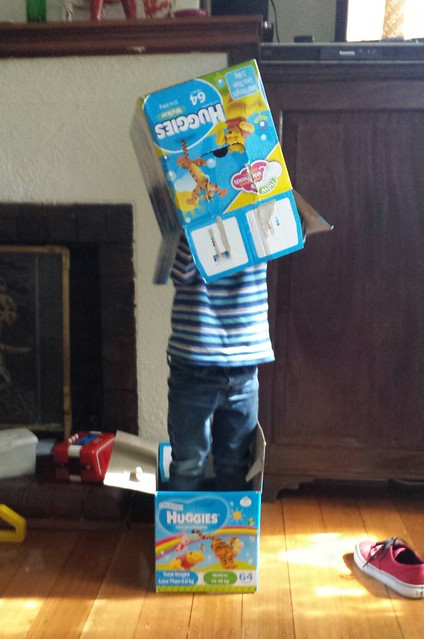 He’s a bit obsessed with Christmas and Santa. And yes – he needs a haircut! 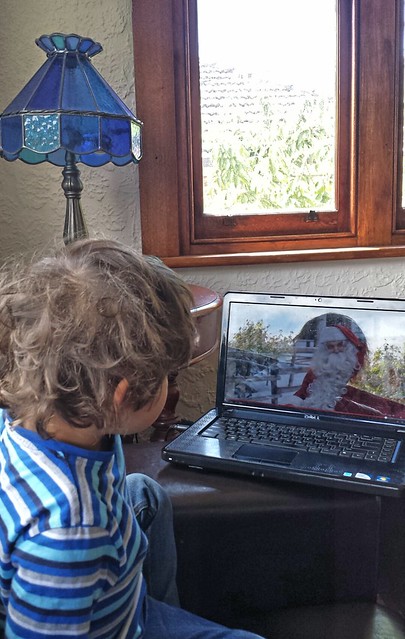 I put Eskil down for his nap; moments later, he called for me because he’d done a poo in his nappy. He’s doing much better with his toilet training, however he’s never done a poo in our toilet. He wears a nappy to bed for his nap and when he sleeps at night, so he often saves it for then. Sigh.

While Eskil napped, I spent some quality time with Miss Messybeard. 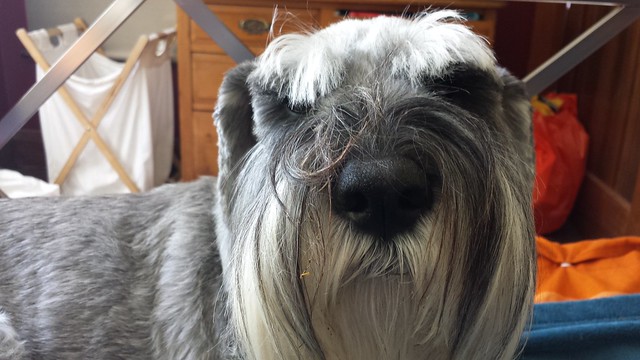 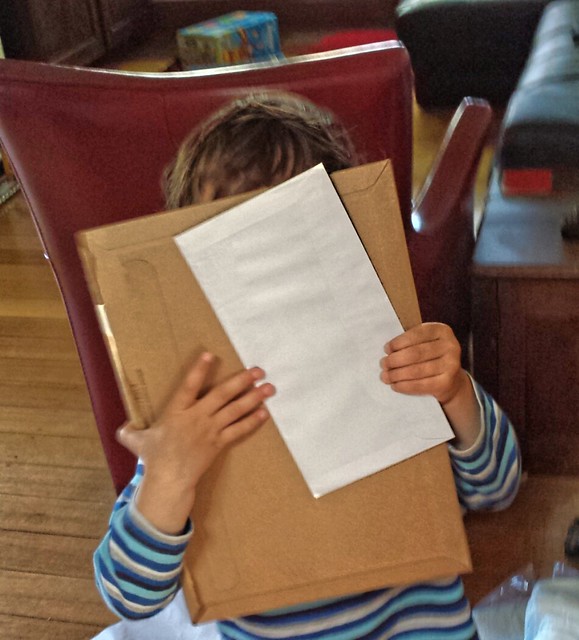 Eskil’s not very good at walking with us. He has plenty of energy for it, but he zooms off in all directions and can’t be trusted to keep to a footpath. So we’re doing some ‘off lead’ training. Now on Thursdays for Fridays we park near the rivulet track, Eskil throws sticks off a bridge, and we walk down the track until we meet up with Scott. 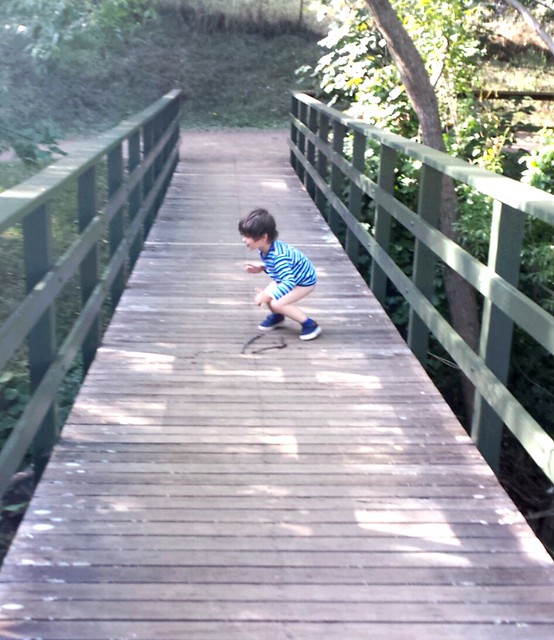 Daddy! We found him! 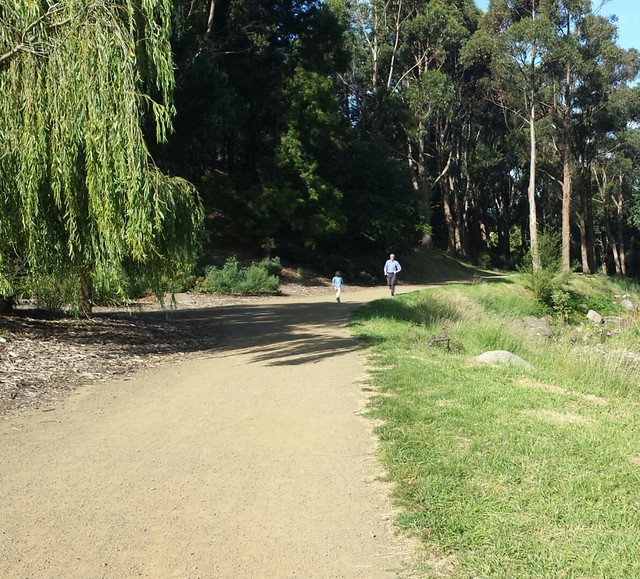 Eskil goes to bed at 7 pm. He runs to his room, I hide under his doona with him and various animals, then one by one I and the animals come out and say BOO, Eskil booing last. He then often wants a hug and a ‘strawberry kiss’, i.e. raspberry, before we turn out the light.