Weather: slightly cloudy – but sunny when we arrived in Kurashiki 11°C, high 25°C

Kumamoto was the furthest south we were going this trip. It would have been a looooonnngg travel day to go from there to our next destination, Nara, so when planning the trip I had randomly come across Kurashiki as a place to break up this journey. We would still have a long day of travel from Kumamoto to Kurashiki! 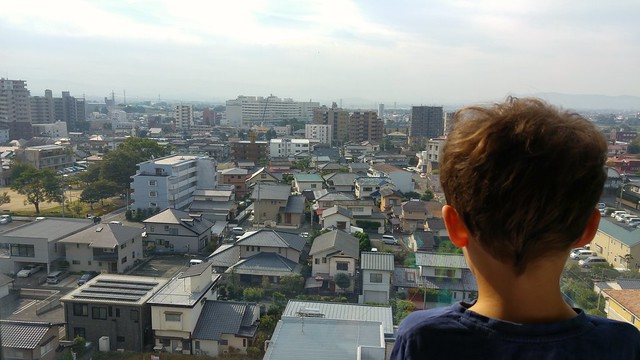 We woke up slowly, showered, and packed. We walked to the tram stop, got on, and went to the tram station. By the time we know how things work in a city, we’re off! At the train station we made seat reservations on a very packed train (the Sakura 550 at 11:28 to Fukuyama), then had some food at the station café. We had burnt coffee, an ‘egg dog’, and Eskil had some pasta. 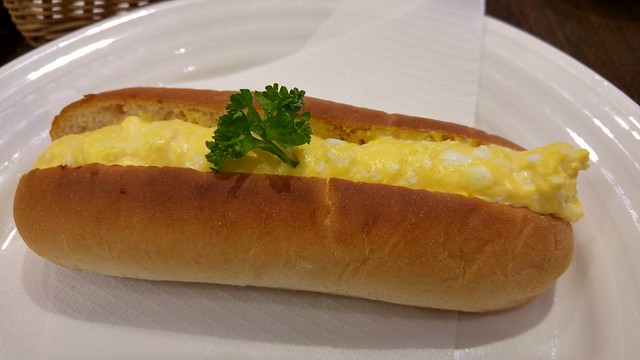 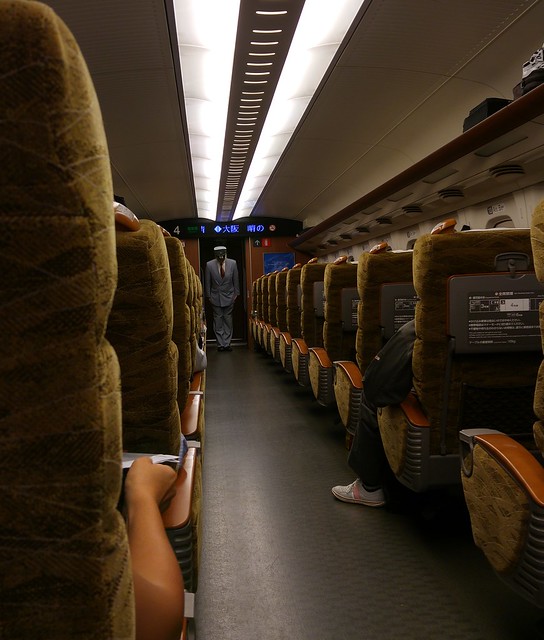 We had what felt like a very long train trip. Eskil was very interested in writing in his notebook, making numbers, letters, and stick figures. At one point we were sitting next to an 80 year old woman who spoke very good English and was very interesting. She was on her way to Kyoto for a month. She wants to travel, but she finds too much walking exhausting. She was impressed that I got on so well with the trains as she finds them confusing. We changed trains in Fukuyama; there is a lovely view of the castle from the train station!

Once we got to Kurashiki, we had a rest at Starbucks. Travel days are more exhausting than you’d think! We had a nice break, then enjoyed the walk to the ryokan. The closer we got to it, the more magical this town seemed! 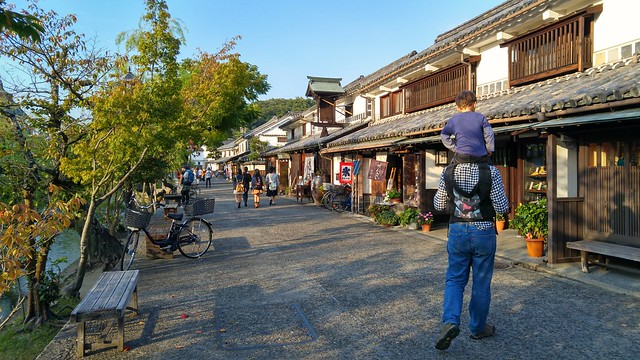 Our ryokan’s owner Yuji was VERY welcoming. Eskil adored Yuji and was thrilled that there were lots of toys in the common areas. We dropped our bags off, and Yuji gave us a map of the bikan canal historic area. We headed out looking at the canal and shops – it was magical! 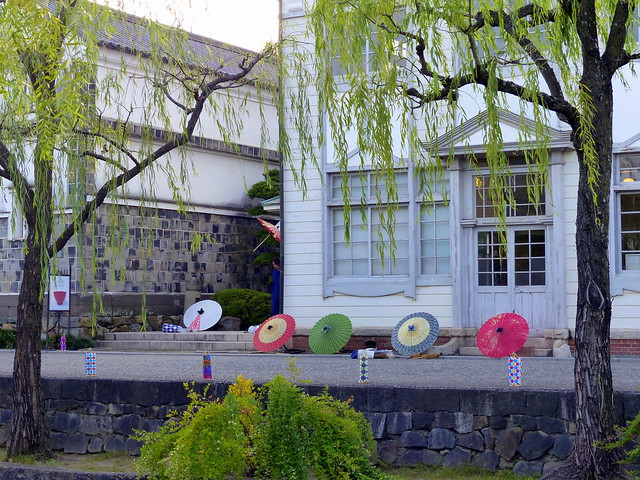 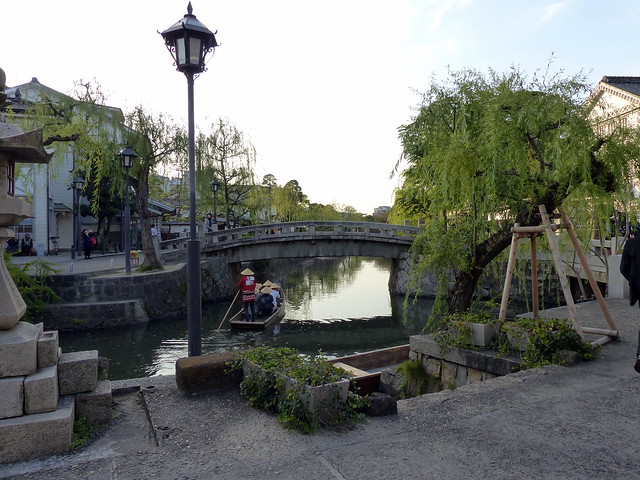 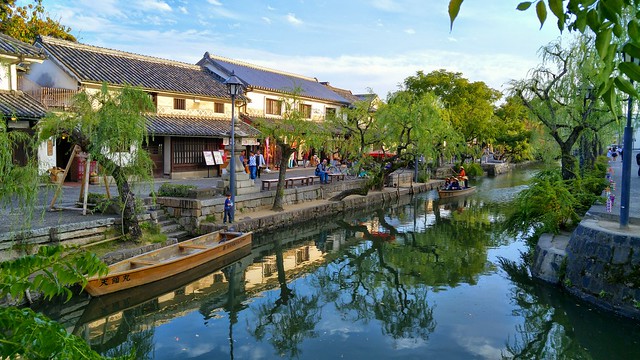 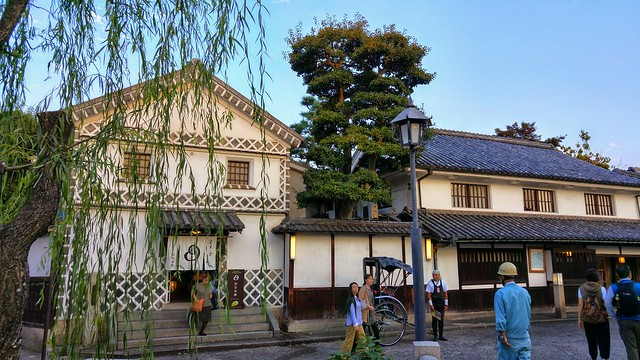 We ate at an OK / meh place – but it looked cool and was right on the canal. 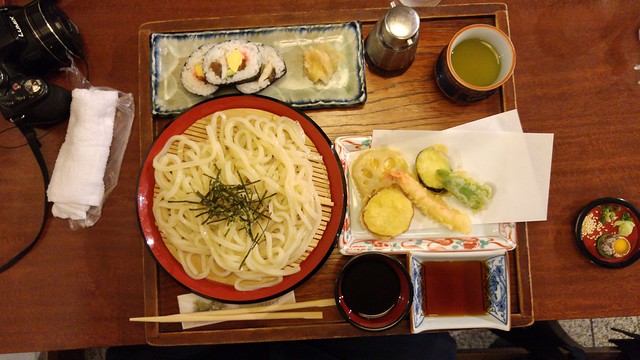 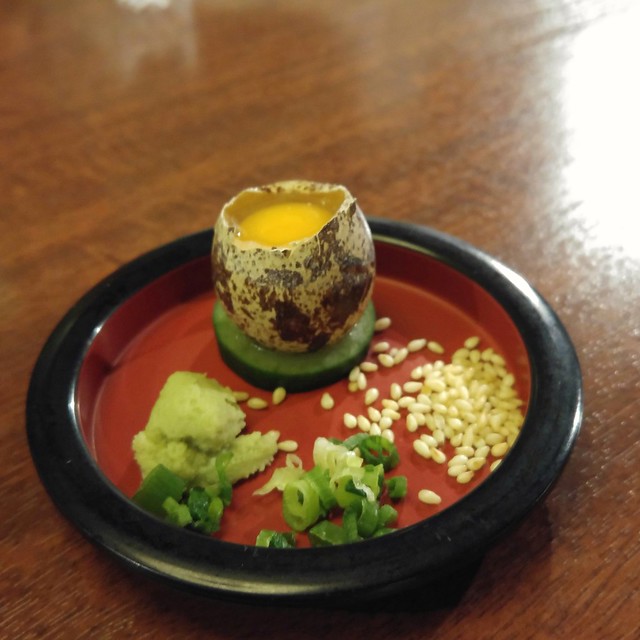 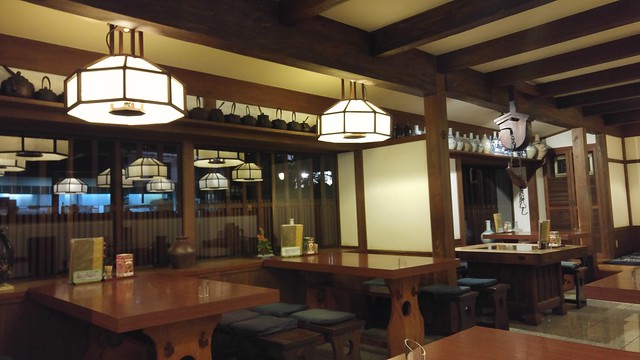 We walked around a bit, enjoying the beauty of the area at night. 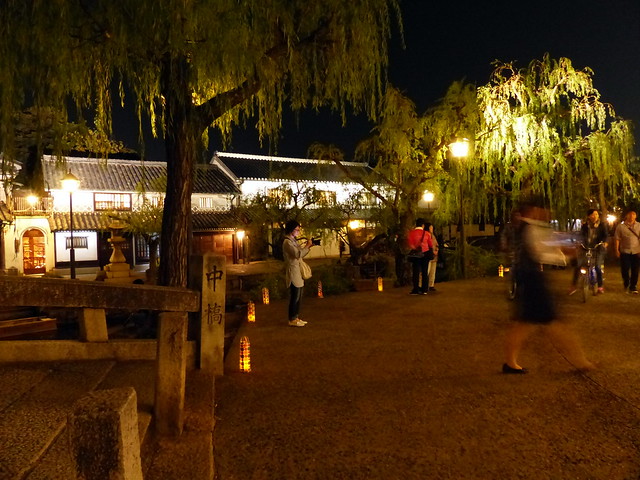 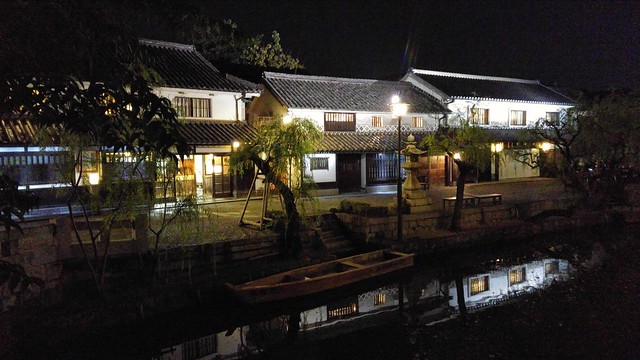 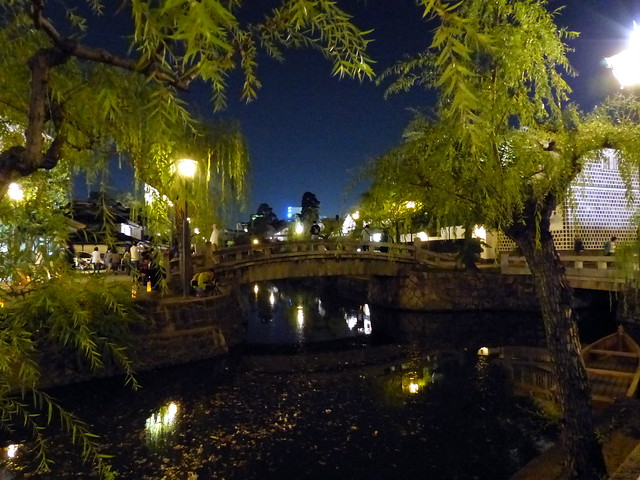 Then we got some beer and went back to the ryokan. We were the only guests that night, and Yuji got his beer from his living quarters and joined us. Eskil had so much fun playing a game with Yuji where Monkey keeps getting injured and Yuji feels Monkey’s pain. Or something like that. He laughed at our card game where Eskil cheats so much.

Yuji is a wonderful host, but the futons were so thin that we didn’t sleep very well. Sigh.

More photos can be viewed at https://www.flickr.com/photos/cragg-ohlsson/archives/date-taken/2015/10/09/.