We had another relaxed morning, this time packing and resettling our bags for another travel day. 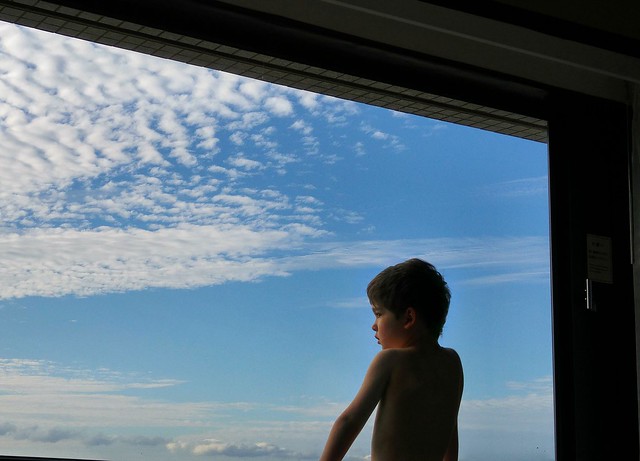 Then we took the hotel shuttle back to Shin Kobe. While we were waiting in line at the train station to make seat reservations, a lady asked Eskil where he came from. His response: ‘Hotel; and we’re going to a new hotel now’. Accurate, but not what she was after! We took the 10:46 slow shinkasen Kodama 739 and arrived at Hiroshima at 13:01. 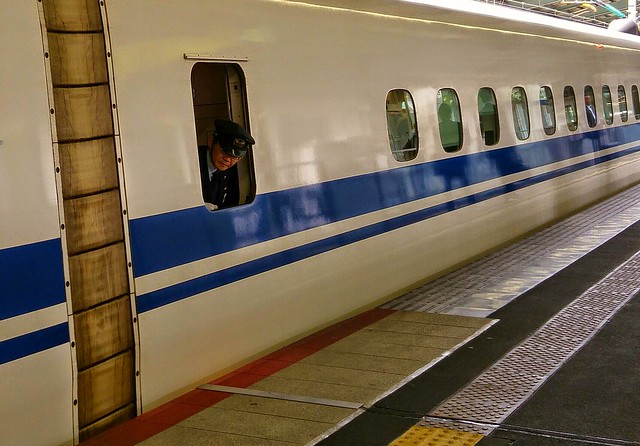 At Hiroshima we first headed to Starbucks for a ‘breakfast’ pit stop in the shopping mall adjacent to the train station. Afterwards we headed back through the station and to the city loop bus, which was free with our JR passes. Like many places in Japan, the bus is decorated for Halloween. 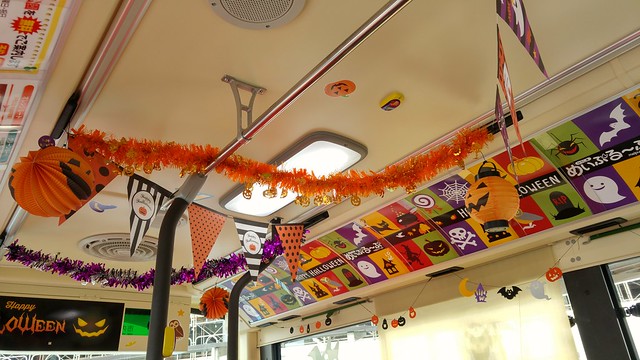 On we hopped, and after a ride through and around town off we hopped off at the Peace Park Memorial stop, which was a 5 minute walk across Heiwa-ohashi Bridge to our hotel. Things were going well; we even spotted a playground nearby! We checked in, dropped our bags off, and Scott took E to the playground while I settled us in. The playground had a memorial to children who lost their lives in the atomic bomb blast. 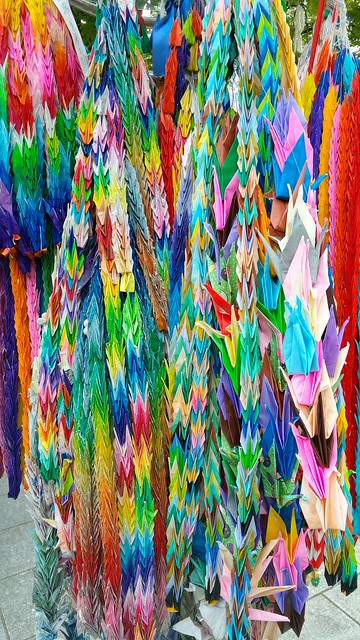 After I met back up with the boys we took the bus to a stop that said ‘historic walking trail’, but we couldn’t find the walking trail. We found a cemetery but what looked like a walking trail just ended at a bamboo grove. 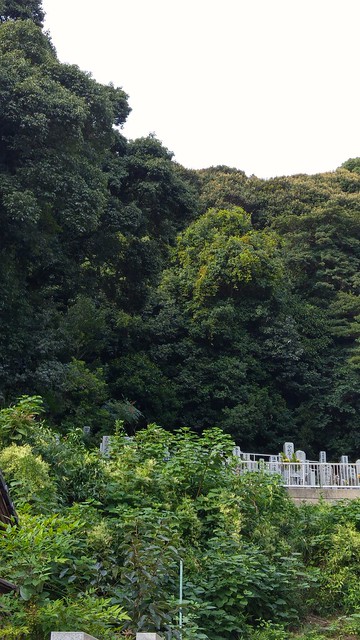 Oh well; Eskil chased a cat or two as we walked through the neighbourhood. We walked back to the train station and took a full loop of the bus to get an idea of what Hiroshima is like. It’s a lovely city, and the people are very friendly! It’s a nice tram town populated mostly by children from around the world on excursion. 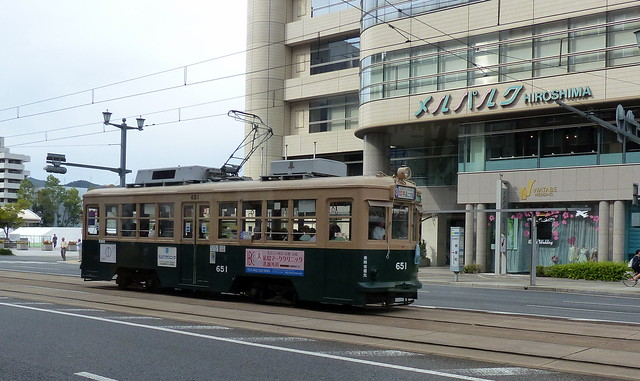 We got back onto the bus and got off at the Atomic Dome. 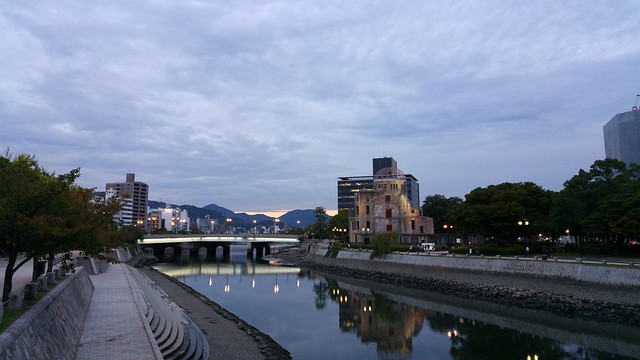 We walked around it and through the Peace Park. We met a really nice lady who was walking her sausage dog named Sakura. She told Eskil he should walk rather than let Scott carry him, and she was really surprised with how talkative he is.

We walked across the Heiwa-ohashi Bridge, past our hotel, and to Rijo Dori. We spotted a Starbucks in the NHK building for our morning coffee and a restaurant across the street for dinner – which was next to a 7-11. All our needs sorted in a short walk from our hotel! 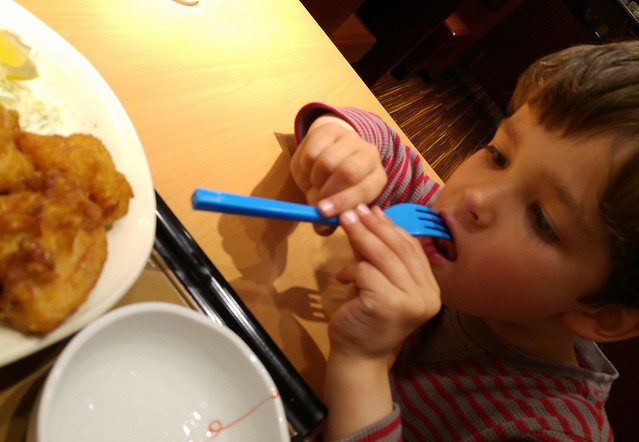 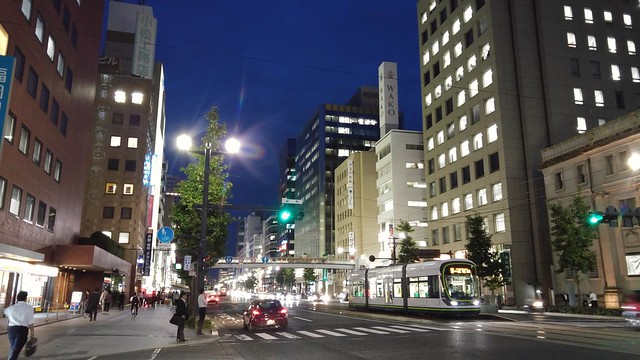 More photos can be viewed at https://www.flickr.com/photos/cragg-ohlsson/archives/date-taken/2015/09/30/.