Eskil woke before 6 am, of course. I got up with him and made LOTS of pikelets: some for our brekkie and some to take with us on the trip. Scott woke, showered, and – most importantly – made coffee. We did the last of our cleaning, then packed our clothes and said our good-byes to Lottie. 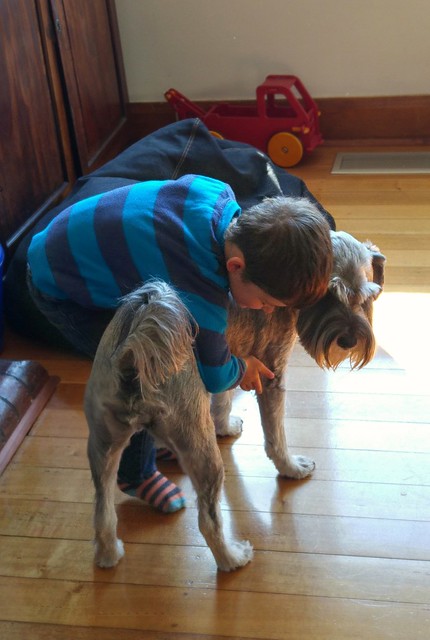 At 10:45 a punctual classical guitarist taxi driver arrived, and we were off to the airport. Check-in and security went smoothly. 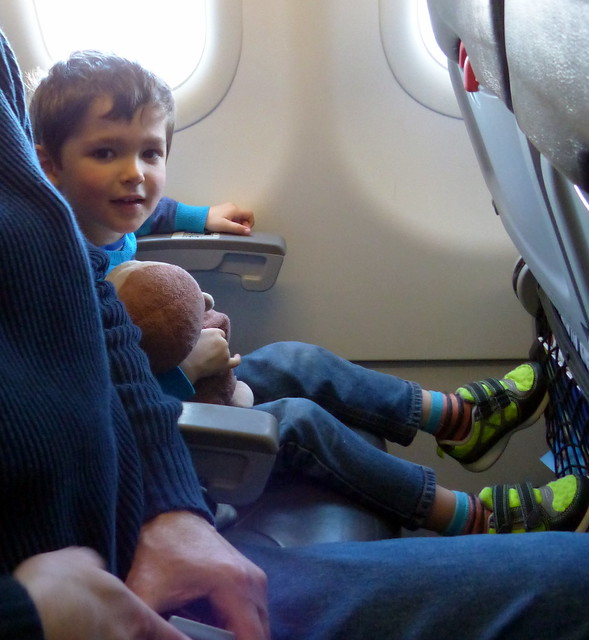 Luckily former Hobartian and current Tram Town resident Samedog was on our Hobart to Melbourne flight, so we chatted with him before and after the flight. We had a 10 hour stopover in Melbourne. We made a coffee shop our headquarters for the next few hours. As we were flying Jetstar, our bags hadn’t been check through to Tokyo, so we had to wait until the check-in opened for the international flight before we could make our way to the international departure area. We took turns walking the boy up and down escalators. 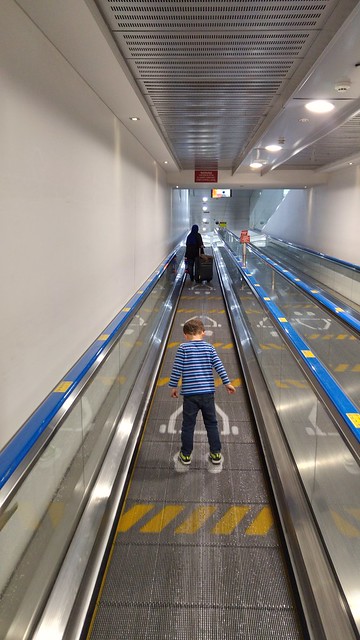 Our lovely dog sitters sent us texts and photos of Lottie so we could see her settling in with her new friends. However it was a LONG time to try to keep the boy occupied, and we were all exhausted and cranky.

Finally check-in opened for the flight, so we were able to get rid of our bags. Once we were through to international departures, things were SO MUCH NICER! There were comfy benches and beanbags, showers, a microwave in the parents’ room, a ping pong table, etc. 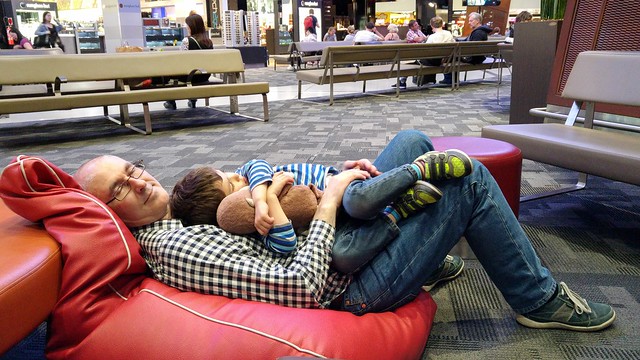 Eskil fell asleep on Scott, which was great. . .until we needed to move to our departure gate. Then he woke up and SCREAMED. And cried. It was like he was broken. He just SCREAMED and cried. You can imagine the looks from everyone else who was about to get onto a flight with us! As we were getting onto the flight he settled down and was excited during take-off. Then he SCREAMED and wouldn’t settle; he just insisted he wanted to get off the airplane. Scott tried all sorts of positions. Finally he fell asleep on Scott. Poor boy!

More photos can be viewed at https://www.flickr.com/photos/cragg-ohlsson/archives/date-taken/2015/09/13/.