This year the 8 Hours Day long weekend (labour day) was 7 – 9 March. Although we didn’t go anywhere (originally we were planning a small trip to Melbourne and Canberra), we had some fun each day.

Saturday started as a bit of a lazy day. We didn’t go anywhere until after Eskil’s nap – and he had a long nap! It was beginning to get cloudy, but we headed out to Mortimer Bay anyway. It’s a lovely spot – a beautiful white sand beach with a shallow bay all looking towards Mt Wellington. Plus a friend is moving very close, so we wanted to stalk their new house and area! 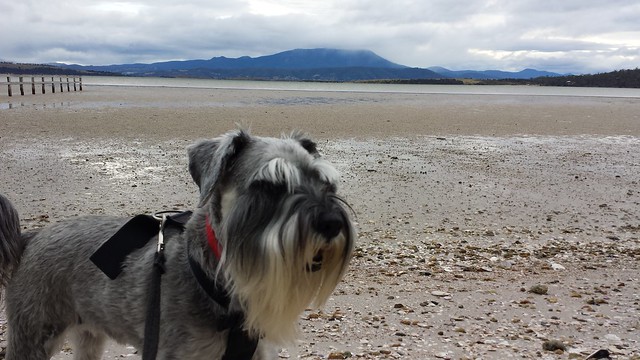 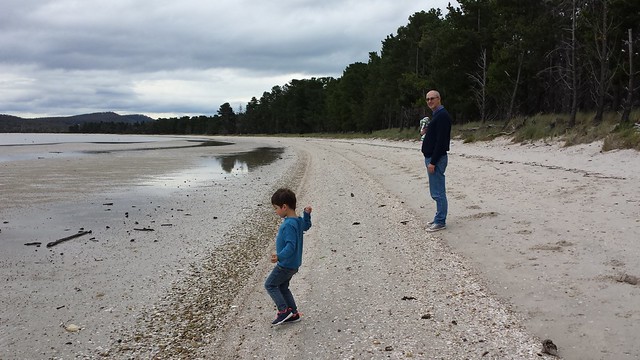 We also found a geocache while we were there, and for the record Eskil also did his first wee in a forest. A milestone indeed. 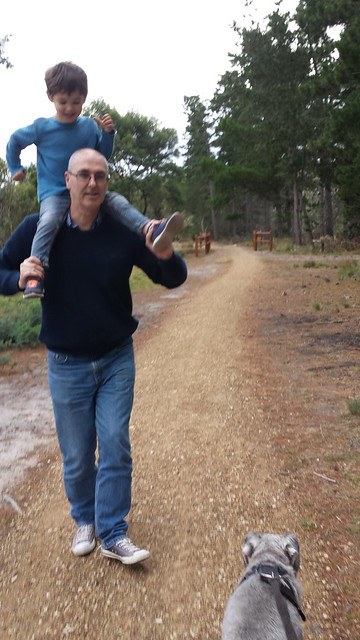 Sunday we headed out to Richmond. This would have been a fabulous day at the beach, but instead we walked around a nice town, said hello to ducks, and threw things in the water. 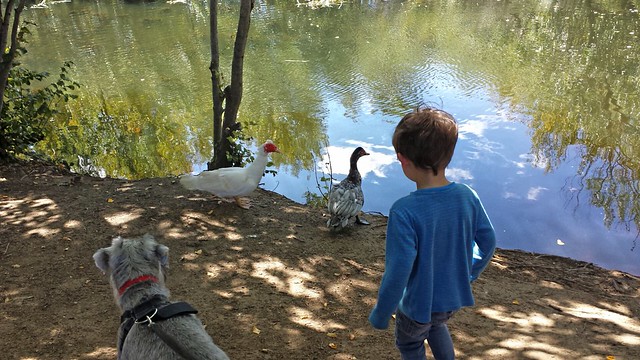 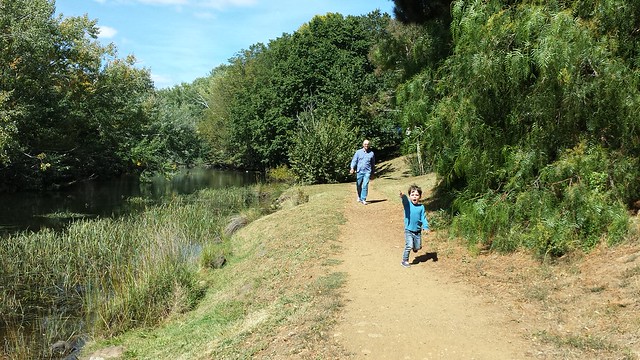 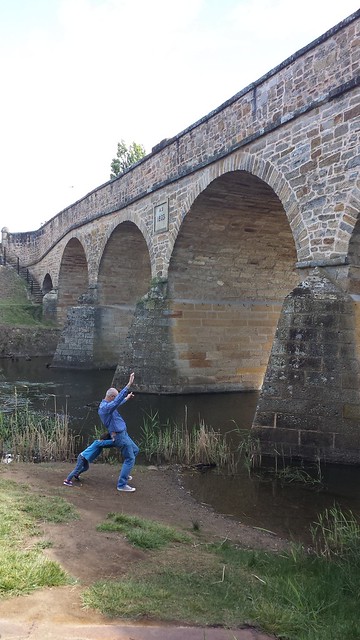 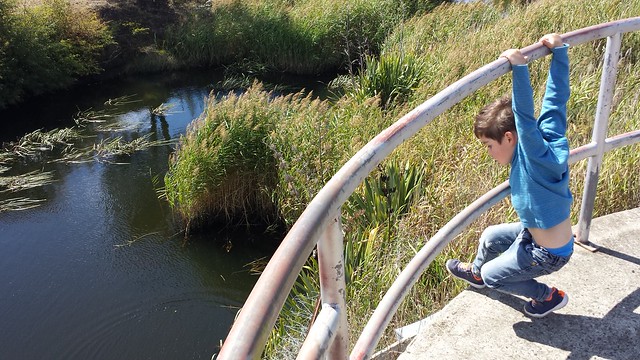 Monday we went for a bushwalk on Mt Wellington, and it was actually Eskil’s older brother Julian’s idea! I think the last time we went bushwalking with Jules he claimed to have ‘altitude sickness’ going up a small (albeit steep) hill. This time Jules suggested the bushwalk, and Alexander came as well. We started at the Chalet and took the Organ Pipes track to the junction with the Zig Zag Track and back to the Chalet. Eskil walked at least 3/4 of it himself! He walked from the Chalet to the Zig Zag Track intersection, then back half of the way to the Chalet, after which Scott carried him. It’s not just the distance that impressed me, but this track goes through boulder fields, as some ups and downs (although is flatter than most mountain tracks), etc. Plus this all took place at what is usually his nap time.

He occupied himself by being the boss of the expedition. This entailed talking constantly, being in charge of who had what stick, always carrying the biggest stick himself – and trading with someone if a bigger stick was found – deciding when to leave the track to climb boulders (always) and deciding which rocks to pick up (all of them). He also enjoyed being in the lead, and he often ran the track. (Running the track didn’t please me as snakes like to sun themselves on the rocks. A group that passed us saw one, and I came across one as well when I was luckily in the lead.) 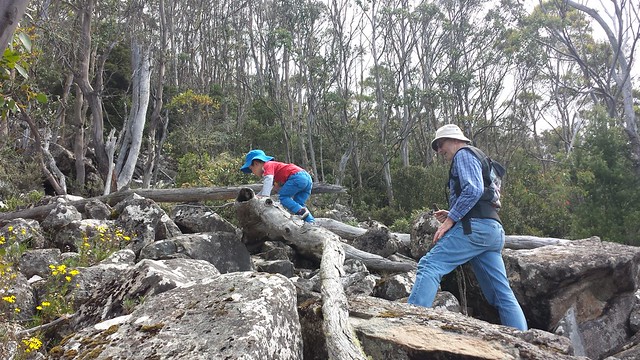 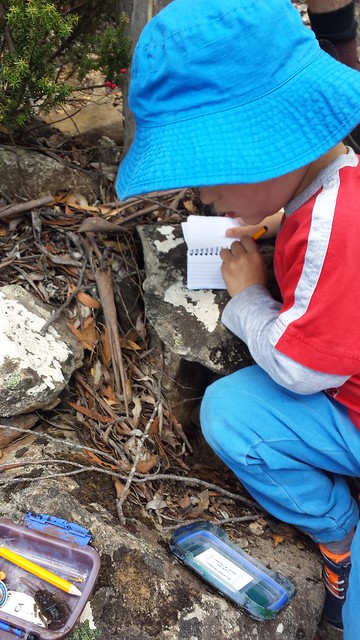 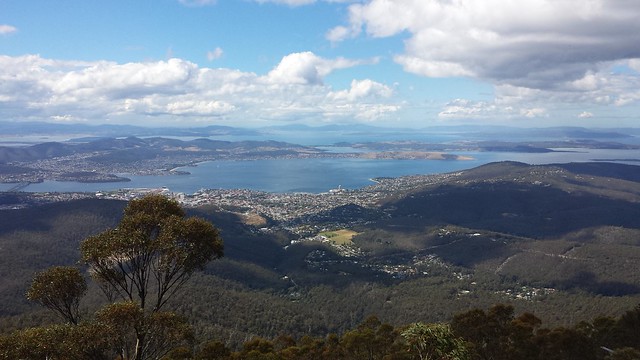 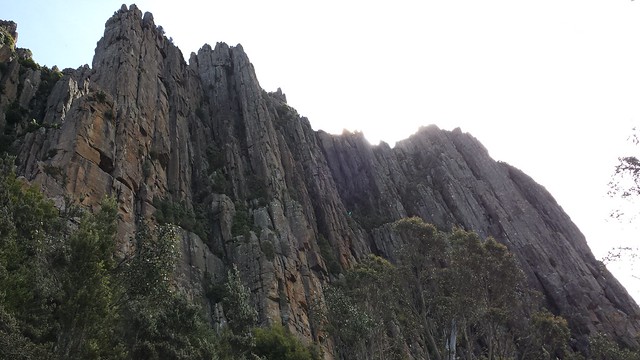 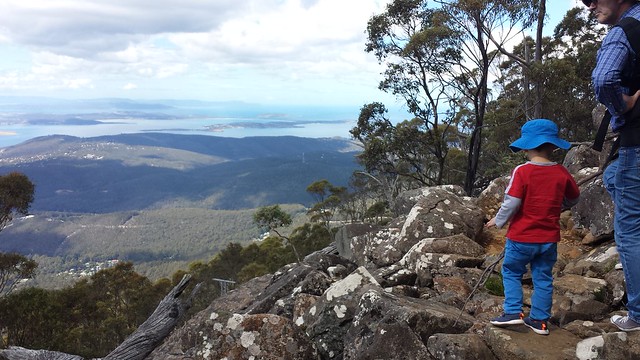 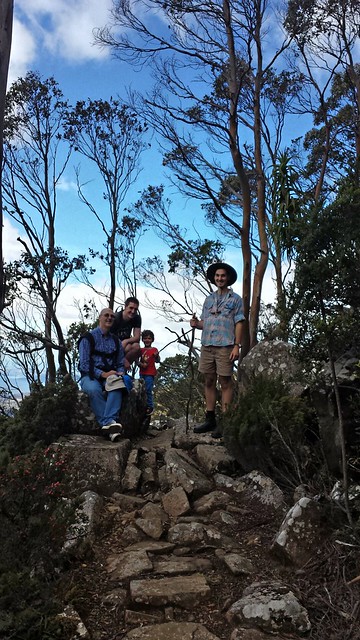 Another nice thing is we found geocaches each day! Yes, I’m ramping geocaching back up. And Eskil seems interested – well, at least interested in scribbling in the log.