Accommodation: woke up at Guesthouse Nara Komachi; went to sleep at Sakara Kyoto.

Today was our last moving day! Which is rather bittersweet. It would be nice settling into a neighbourhood for the next week, but it also meant we only had a week left in Japan. Sigh. We didn’t need to get to Kyoto until mid-afternoon, so we didn’t need to leave Nara until after lunch. Our first job was to pack, then we could leave our bags at the guest house. I headed to the bakery at the train station; Scott and Eskil headed to a playground nearby that we’d spotted from the bus the day before. 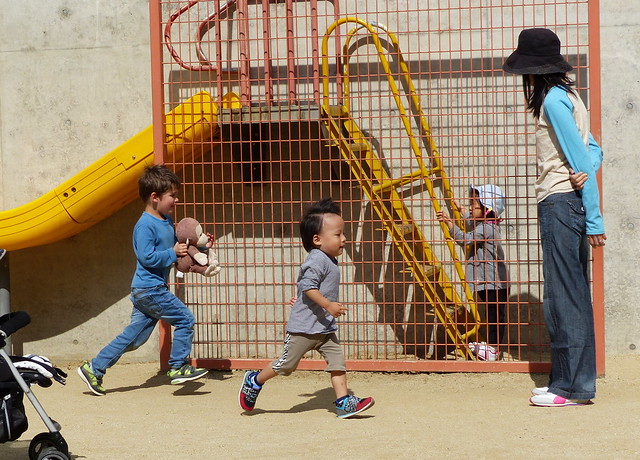 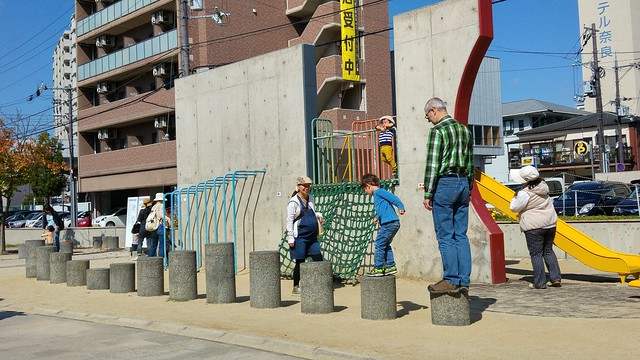 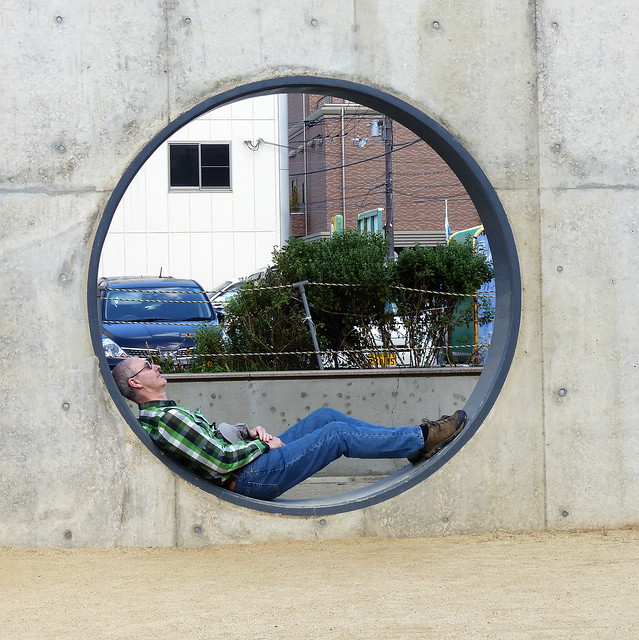 Eskil had a fantastic play! He made some friends; one we dubbed ‘the Japanese Eskil’. Eventually we headed to Sanjōchō to hunt down some lunch. We went to a ramen restaurant and ordered with the automat. Eskil had some kaga-age and I had a fabulous Nara Kaibutsu Special Ramen. 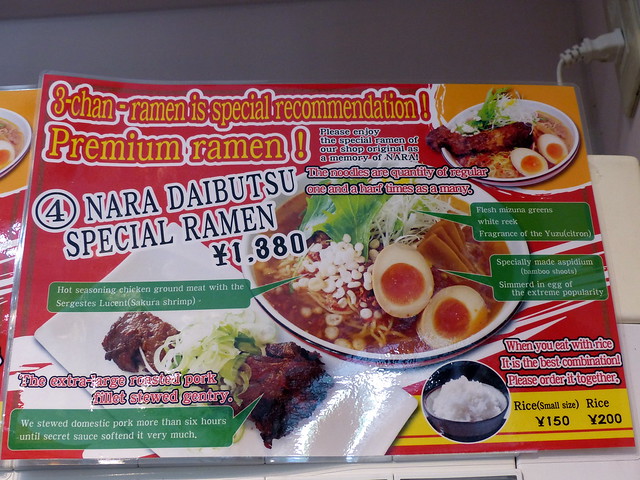 After lunch we headed back to the guesthouse to pick up our bags, then headed to the train station. This was our first train journey since our JR passes expired, so we charged up the Suica cards that we hadn’t used much since activating the JR passes in Tokyo over 3 weeks before! We took the train to Rokujizou where we walked to the Rokujizou subway station. We then had a direct subway train to the Higashiyama station, which was very close to our new ‘home’. Getting on the subway at Rokujizou meant we were at the beginning of the line, and we had a carriage to ourselves! 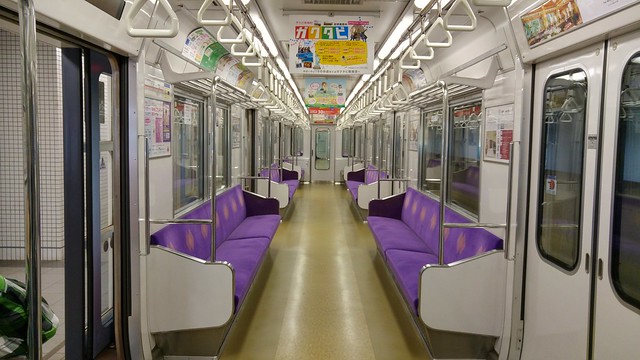 At the Higashiyama subway station, the map of the area even had our accommodation listed, so we headed out the correct exit and were immediately in a wonderful covered, pedestrian food market arcade, a bit like a small version of the one we stayed near in Kanazawa. Our accommodation wasn’t far down the arcade, and soon we were settling into the room we would be in for the next 4 nights. We were going to be at Sakara Kyoto, however even booking many months before there wasn’t a room available for the entire week. The Bamboo suite is a huge room divided into sections by a central bathroom pod. You enter into an entry / kitchenette/ dining area with TV. There’s also a stairway, made with a large tree trunk, that leads up to the mezzanine on top of the bathroom pod. The bathroom pod (with washing machine) is behind the kitchen and divides it from the main bedroom, which the huge bed fills the room. Rather than sending him upstairs, Eskil slept with us. It was a great room, and look at the view into the arcade! 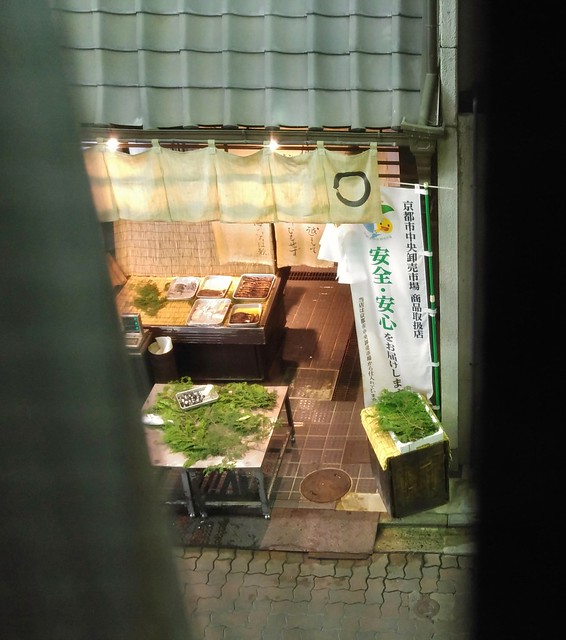 As exciting as our new home was, once we had some laundry going and hand unpacked a bit, it was time to go out and explore! KYOTO!! 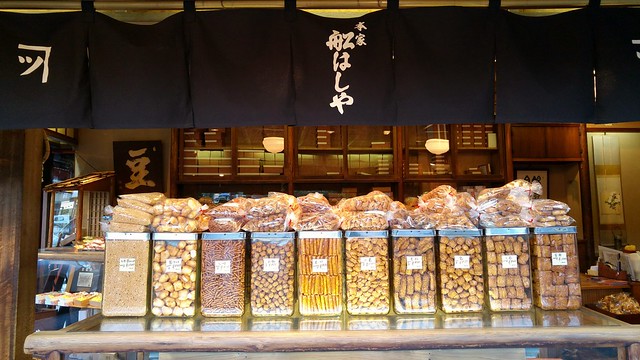 First we headed along Sanjo Dori, crossed the Kamogawa River, and made our first visit to what would become our local Starbucks. I don’t take Eskil to chain restaurants at home, but when you’re travelling it means your child knows what he or she can look forward to. And be bribed. Bribery during travel is important. Scott had heard of an interesting sounding homewares shop, Muji, so we headed there next. Of course half the fun was wandering in new territory! 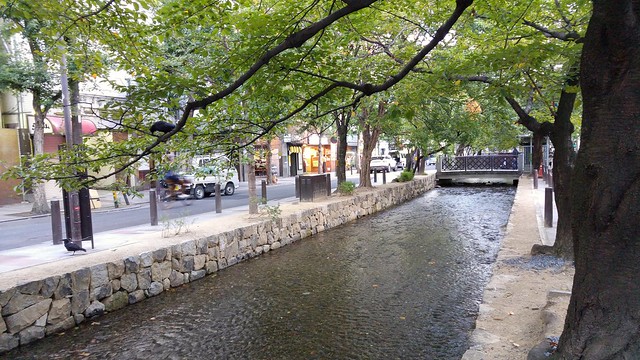 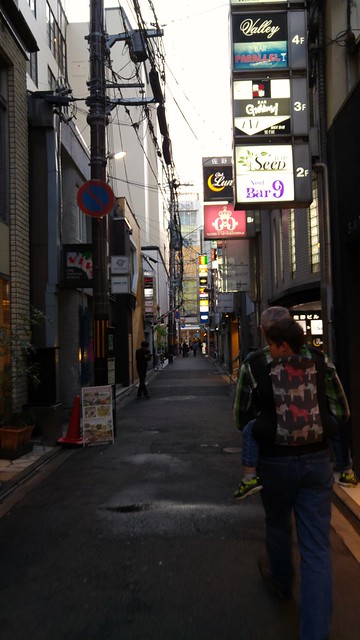 We loved Muji, which was sort of a minimalist Japanese Ikea of homewares, furniture, stationery, and clothes. It even had lovely views out of Kyoto. We walked home, stopping for the boy to have some fun. 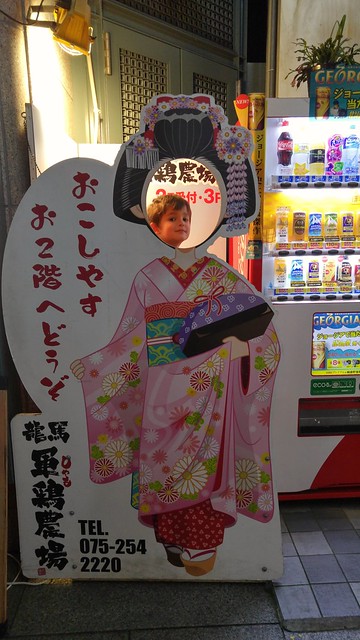 Once we were in our neighbourhood we went to the grocery store and bought supplies – dinner for that night and breakfast things for the morning. Then it was time to go home and relax. 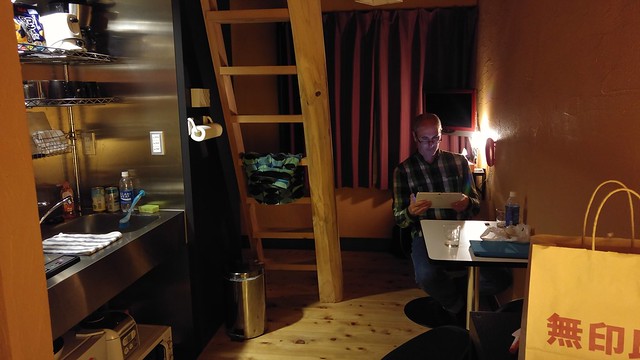 More photos can be viewed at https://www.flickr.com/photos/cragg-ohlsson/archives/date-taken/2015/10/13/.