Weather: slightly cloudy – but sunny when we arrived in Kurashiki 12°C, high 23°C

Eskil woke at 7:05, which was a bit difficult as breakfast wasn’t for an hour and the ryokan was full the night before. We went downstairs at 8:05 after folding our beds and linens up. Japanese doona covers are odd; on one side there’s a large oval cut out. This is either left completely open or sometimes has lace across it. 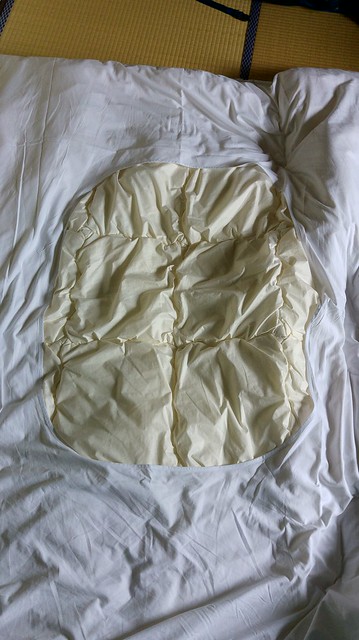 We had been travelling around Japan for weeks at this point and had seen many toilets, but this was the only one where the tank faucet watered a plastic plant. 10 points to Yuji for creativity! 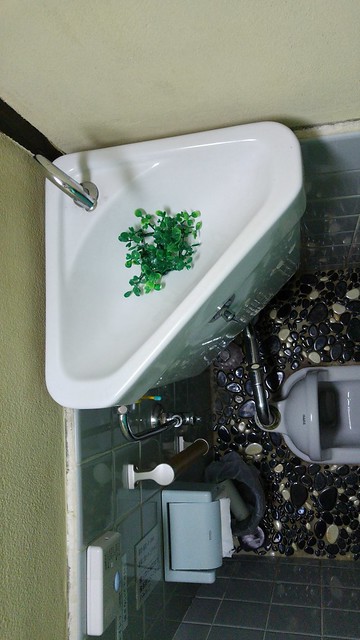 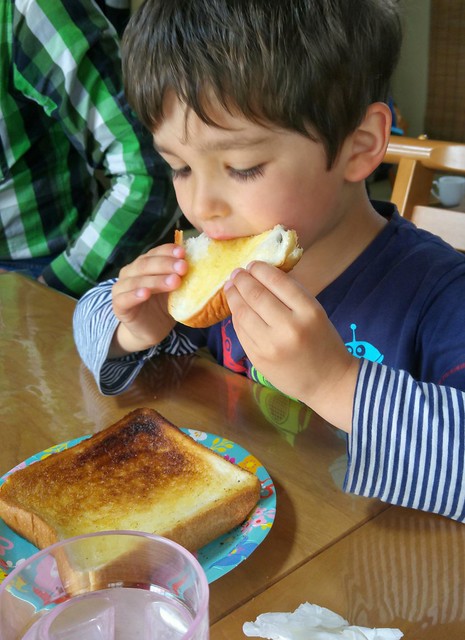 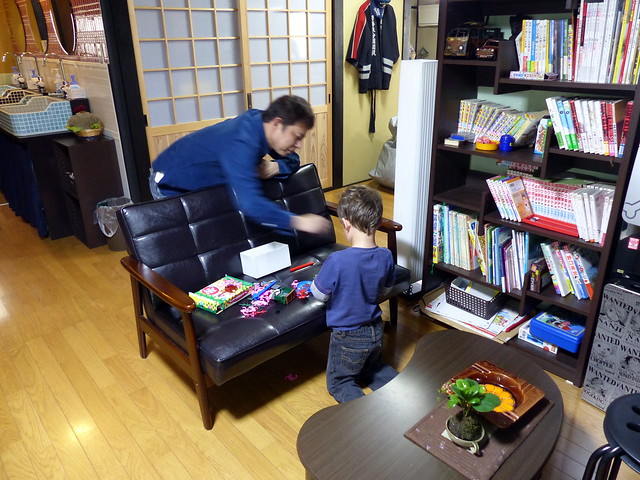 After breakfast we packed up. We had some photos with Yuji before leaving; he posts photos of all his guests on his Facebook page. 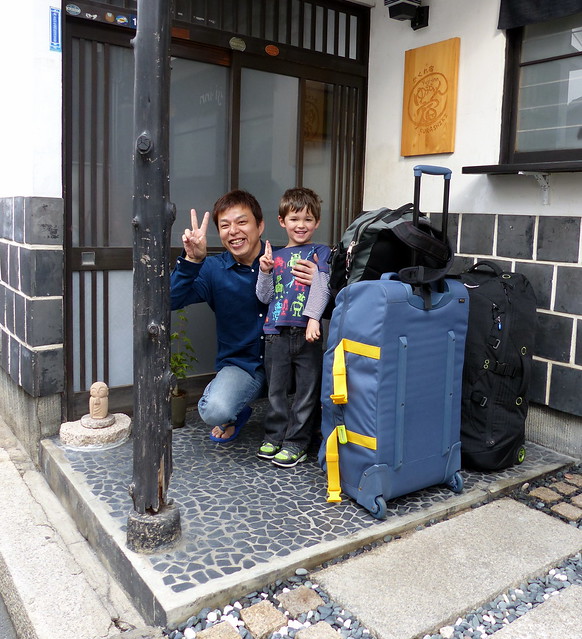 We had a lovely walk to the station through this beautiful town. 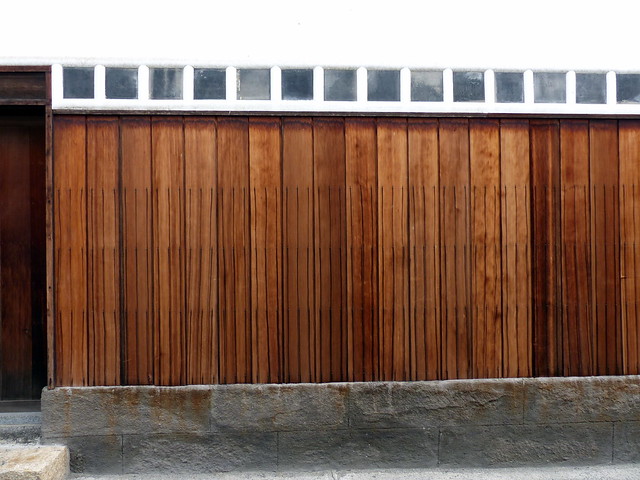 They even have bamboo ‘vases’ around the streets that volunteers seem to fill. 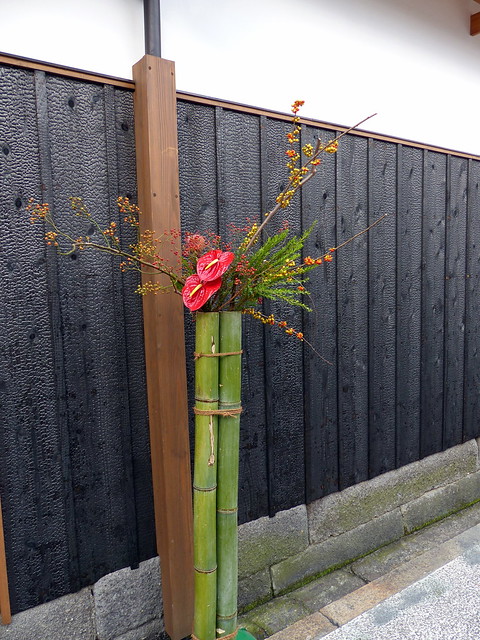 We were almost at the station and walking past the Starbucks when Eskil suddenly started dragging his feet, hunched his shoulders over, and said ‘I’m ssooooo huuuungry!’ (even though we had toast at the ryokan already). 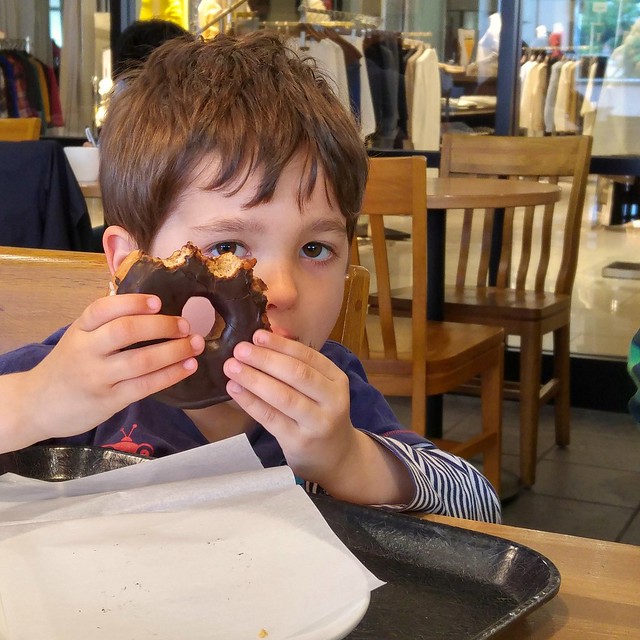 He enjoyed a very messy chocolate donut – then knocked over Scott’s big coffee all over the table and the books of the students next to us. The staff were SO kind – they cleaned up and gave Scott a new coffee. We got the Okayama train just after 10 am, then made reservations for the 11:23 train to Kyoto, then took a train from Kyoto to Nara. After 2 nights of not sleeping well at Kurashiki, Scott and I were very tired. Very tired. 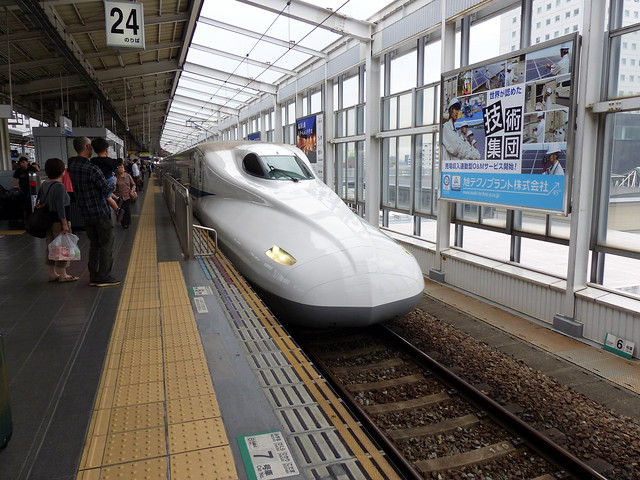 Upon arrival in Nara, Eskil was excited to see promises of more deer! 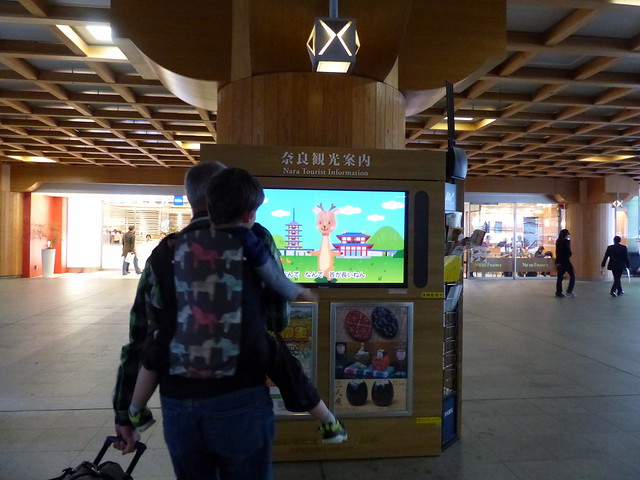 We walked to Guest House Nara Komachi. We were early – before 3 pm – but they soon had our room ready for us. They have a very efficient check-in system using a hand held scanner. Although you think of Japan as being very tech savvy, it’s not actually that evident in daily life. Most places we went you couldn’t pay with a card, many things were written by hand, etc.

It was an interesting building. It looked like maybe some sort of pre-fab. Our room was small with 4 bunkbeds, but it was very clean and had everything we needed. We had a comfy bed each and another to put our stuff on to keep out of the way. Scott took a top bunk. Eskil and Monkey shared. 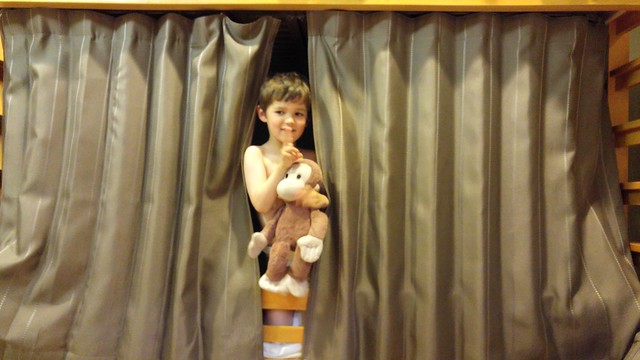 At check-in we’d been given a map of the local area, and there was a coin laundry close by. Hooray! We went to the laundry, then Scott and Eskil went to Vie de France at the train station while I did laundry and wrote in my journal. They came back to eat with me, then they headed to a small local playground while I finished the wash. We took the wash back to our new ‘home’, then headed out with our map again. We wound up going to a small local restaurant – the owner was outside trimming her hedges when we found it, so we didn’t feel like we could not go there! 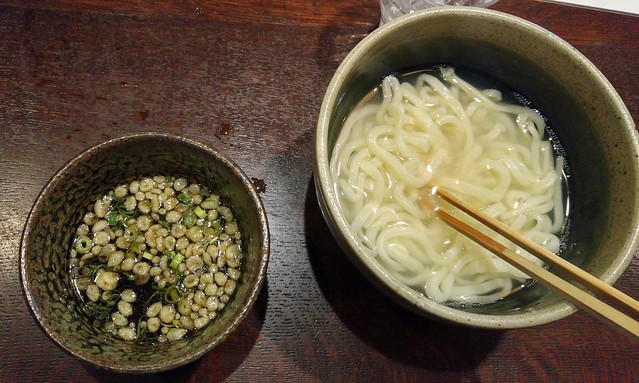 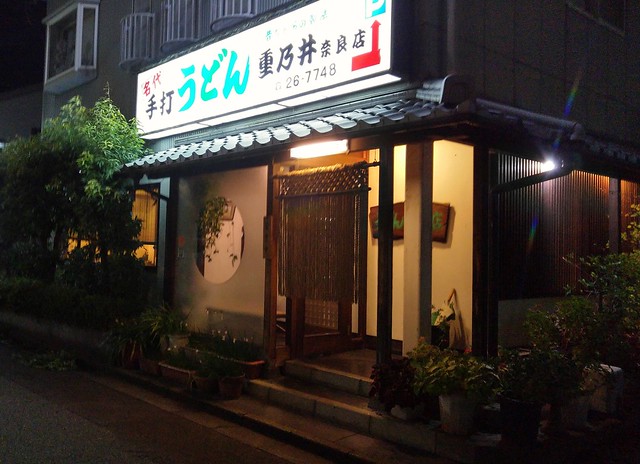 But it was yummy – hand made udon – but Eskil was very tired and cranky. We stopped by the grocery store at the train station to get beer, yogurt, and fruit.

More photos can be viewed at https://www.flickr.com/photos/cragg-ohlsson/archives/date-taken/2015/10/11/.