We had a relaxed start to the day, leaving the ryokan a little before 9 am. The coffee shop wasn’t open, so we spent a few minutes looking at shops (and letting Eskil know he couldn’t have All the Things) and taking photos of Eskil putting his head into photo thingies and chasing deer. 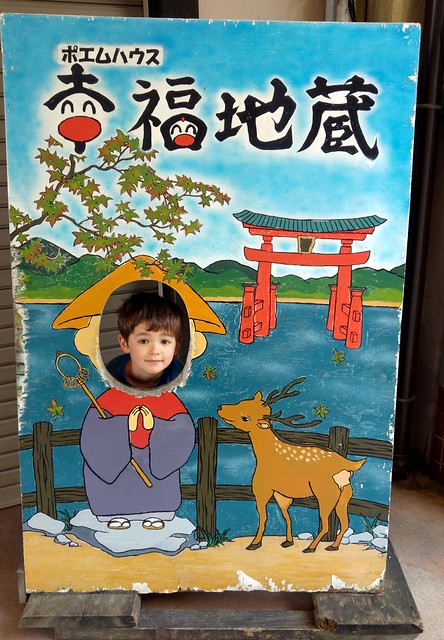 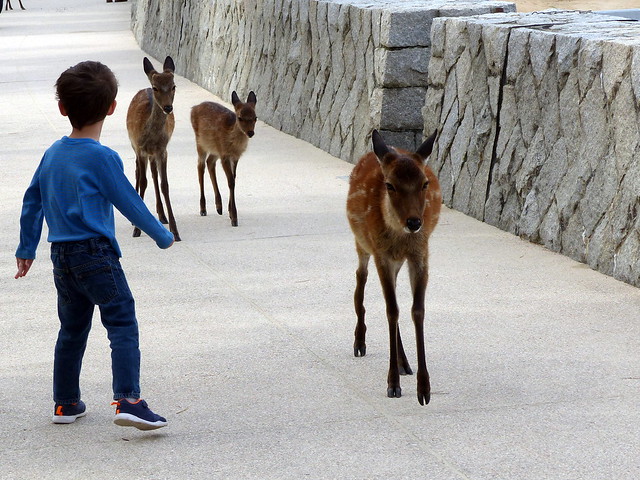 There wasn’t any real breakfast at the coffee shop, so we wound up having coffee and cake. Oh dear. Eskil loved the chocolate cake until he found a fig in it; then he stopped eating it as if the chocolate cake was a traitor. It kinda was. 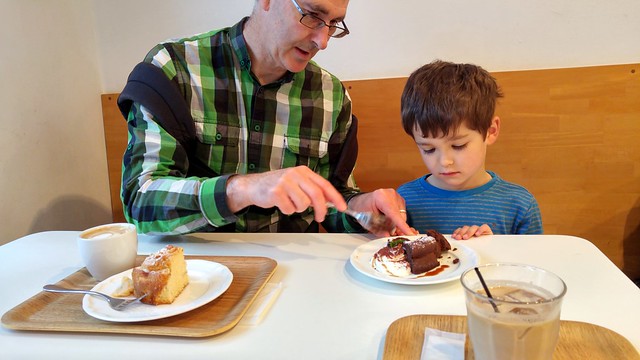 We took a little bus from town to the Mt Misen ropeway, then took the ropeway up to Mt Misen. The views of the Seto Inland Sea were amazing! 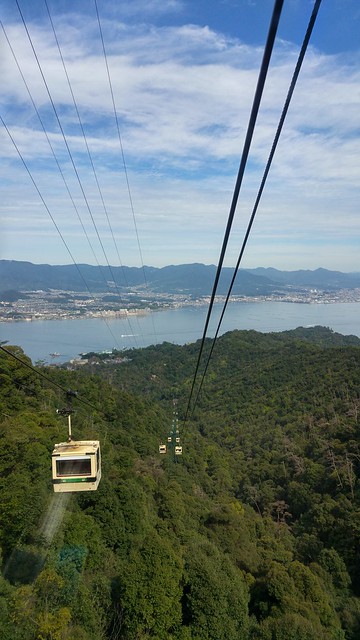 It’s over a kilometre further from the ropeway station to the summit of Mt Misen, the highest point of the island. It was steep and hot. HOT. 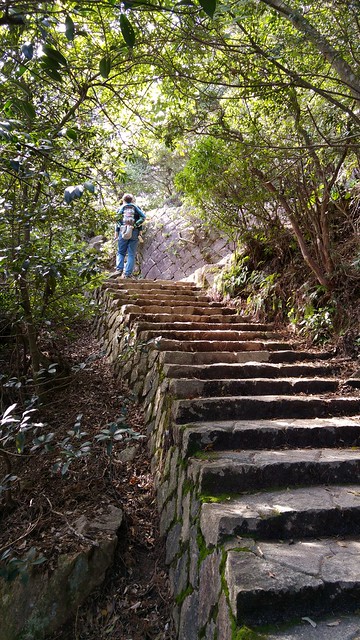 There are shrines along the way – and cold water for sale that someone has walked up there!! 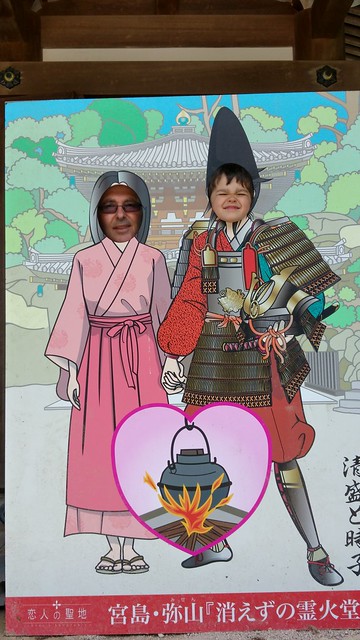 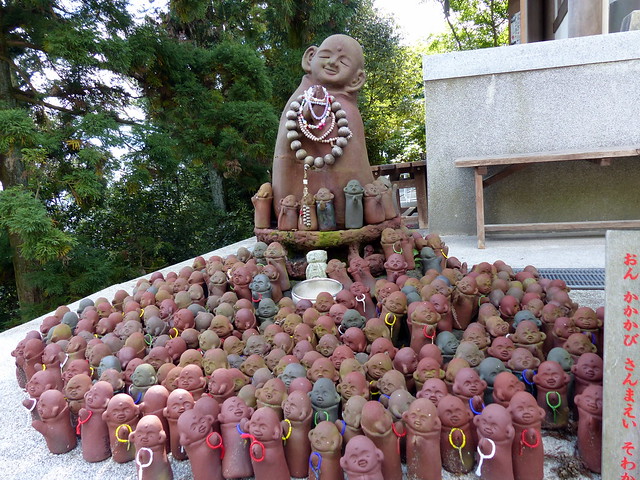 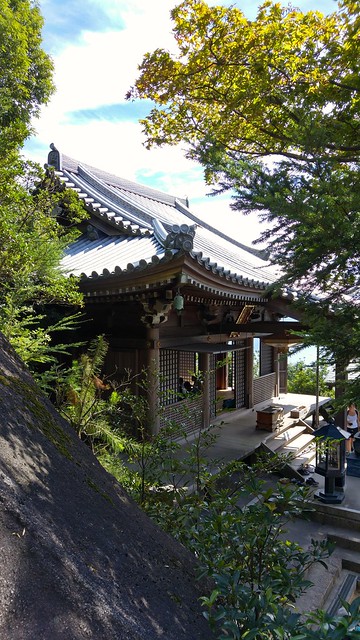 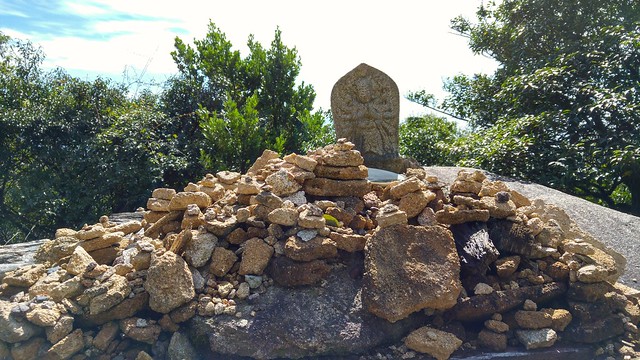 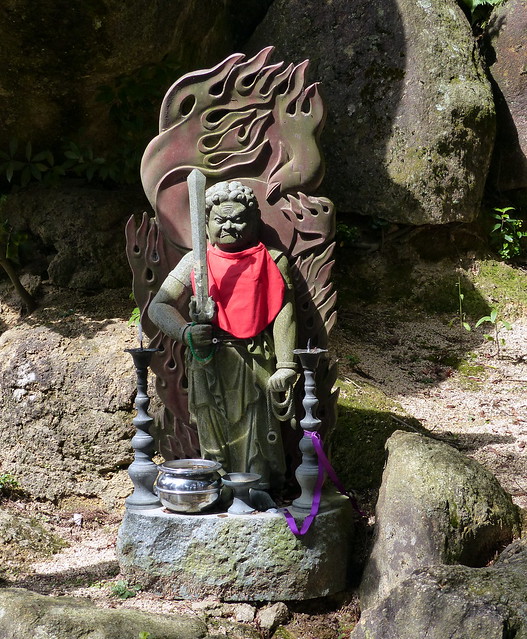 After resting and taking in the views, we walked back down rather than taking the ropeway. It was STEEP. Scott had Eskil on his back in the carrier most of the way, and Scott’s knees really felt it. 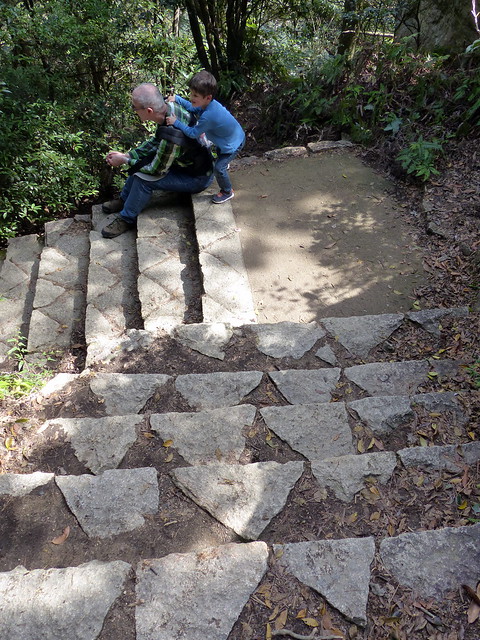 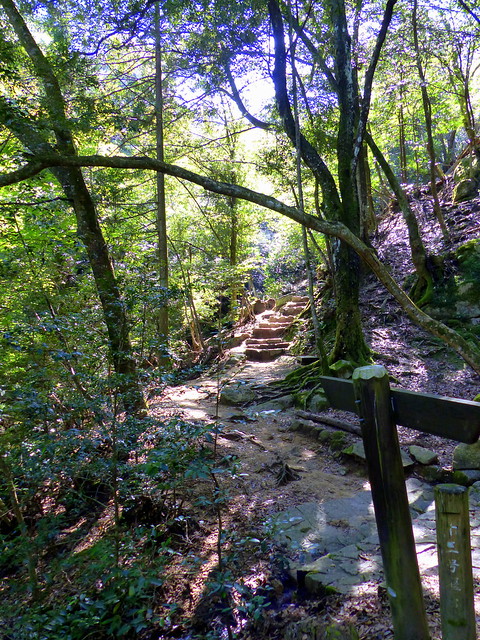 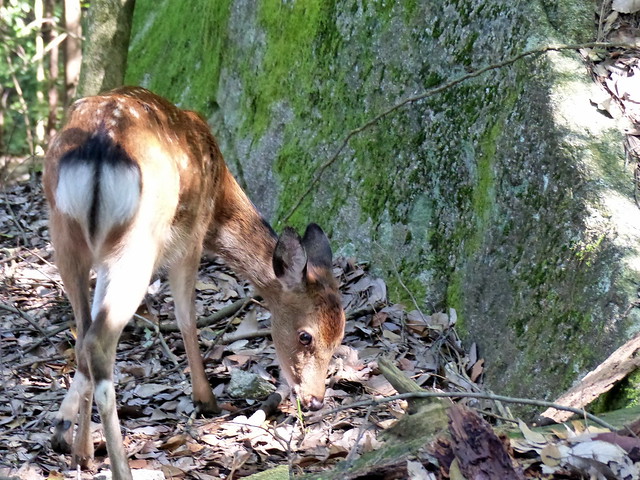 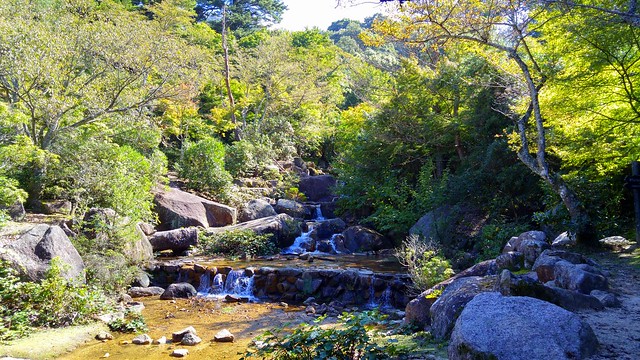 Back in town we had skewers from a street vendor for lunch. A really aggressive buck deer kept battering me with his head trying to get my corn. Everyone was laughing at me, but it really hurt and I had really black, deep bruises after. You are all bastards. (The grilled, skewered corn cob was fantastic – but such a deer magnet!) 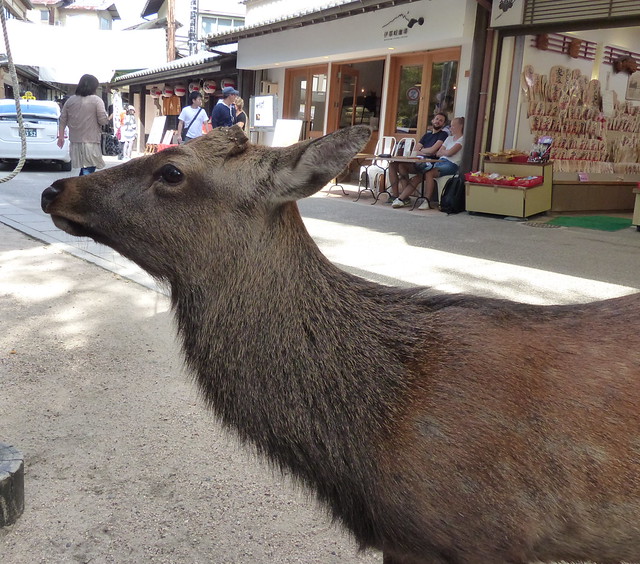 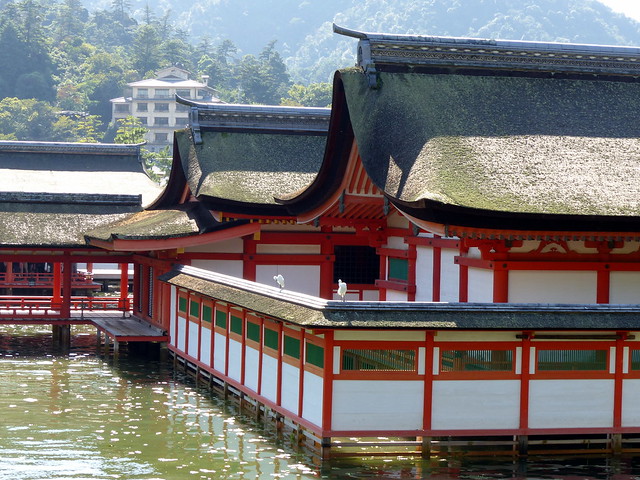 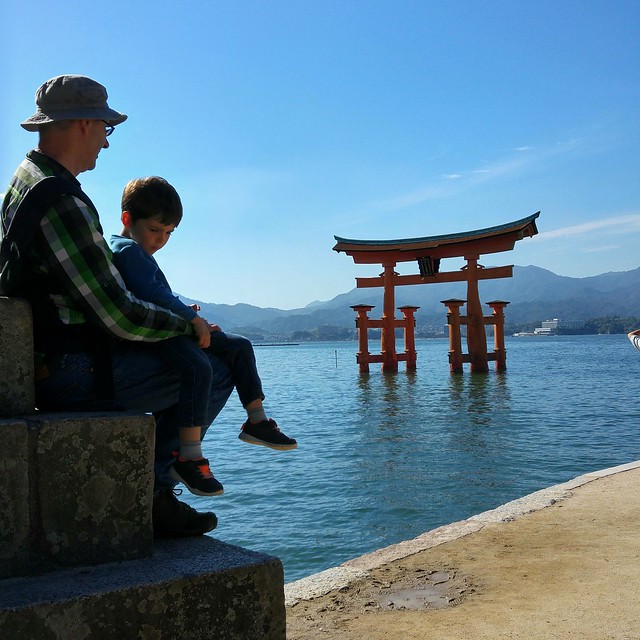 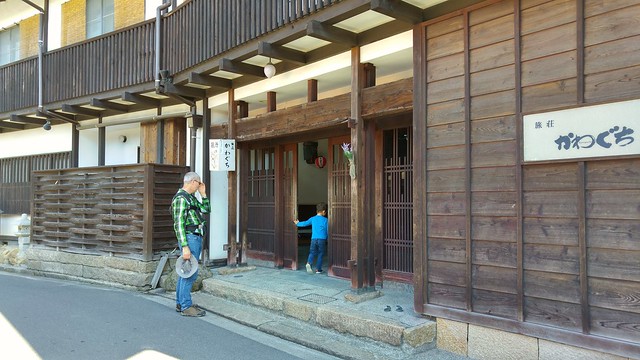 Back at the ryokan, it wasn’t quite time for the family Japanese bath to open (Eskil was begging for a bath!), so I took him to the lounge on the 3rd floor while Scott had a well deserved rest in our room. Carrying a boy up and down mountains in the heat is EXHAUSTING. Eskil played with his self-inking stamps. Once the baths were open, Eskil and I finally went in – and then Eskil didn’t want to get in as he’d scraped his knee while on our Mt Misen walk. He stood there saying he was waiting until it heals. Sigh. The bath felt great to me after the walk, and Eskil enjoyed being in charge of his own shower spray nozzle and stool. Scott and Eskil had a nap; I went to a shop nearby for supplies of yogurt and other snacks for Eskil.

I didn’t let them sleep late as I’d heard that all the restaurants on the island close early. Most of the people who visit Miyajima are day trippers, and those staying on the island often have dinner in their ryokan. We had only requested dinner for 1 night. However as we were headed out the door our ever-wonderful hostess gave us a map and circled restaurants that are open later. Since now we knew we weren’t in a huge rush we first grabbed more sunset photos, then had dinner at a pub. It wasn’t a great meal. We wound up there as we thought it was one of the restaurants on our map, but as you walk up a staircase to it and we’d been spotted by staff once we realised it wasn’t where we meant to go we we felt silly turning around. We should have. Oh well. At least there was beer – and lots of local colour. 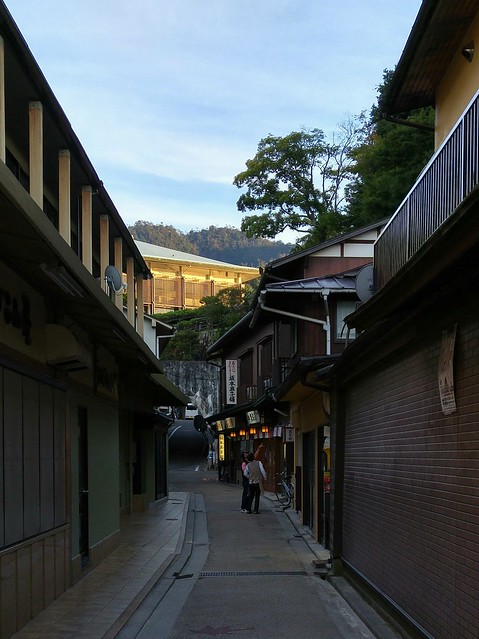 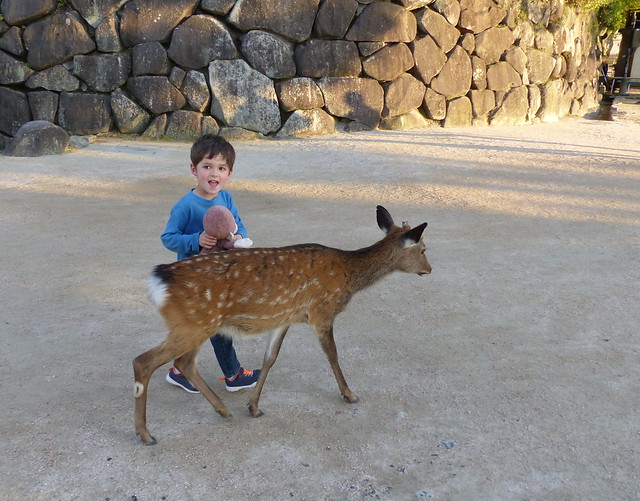 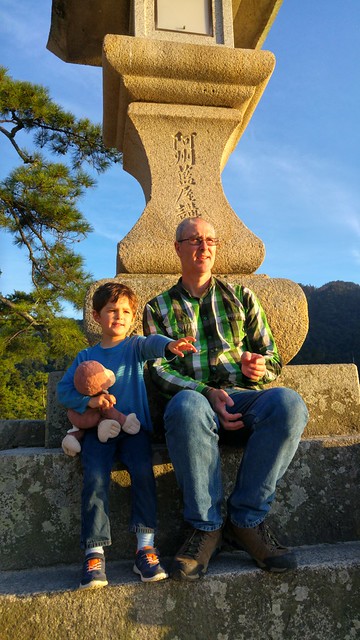 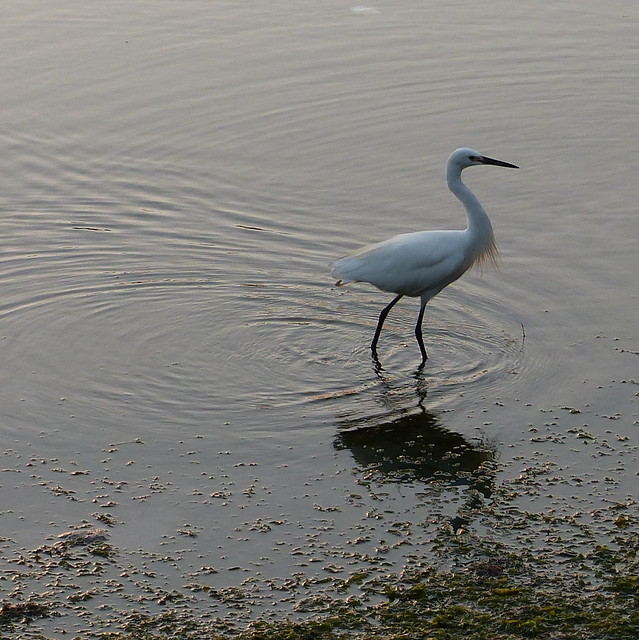 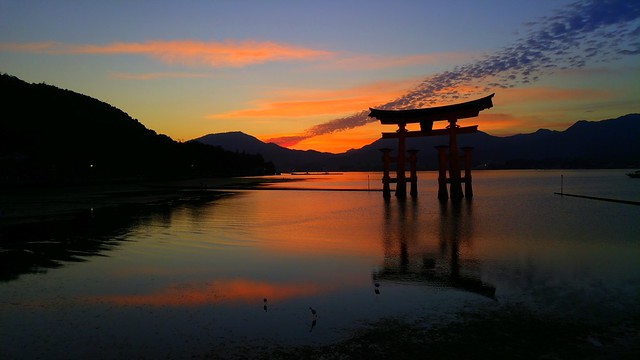 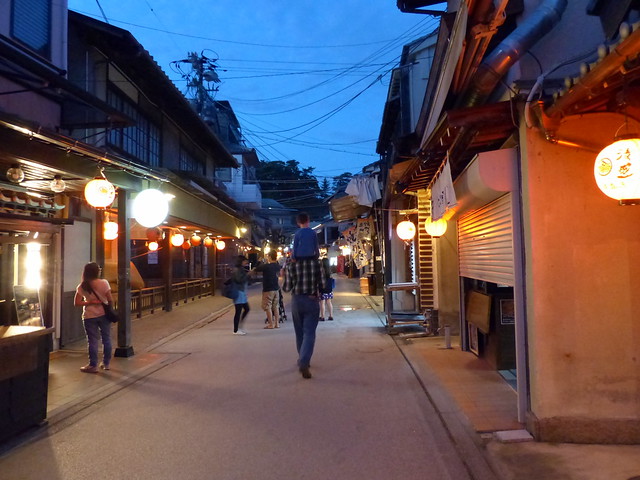 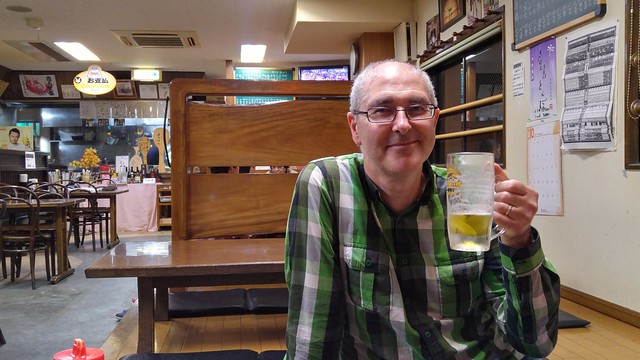 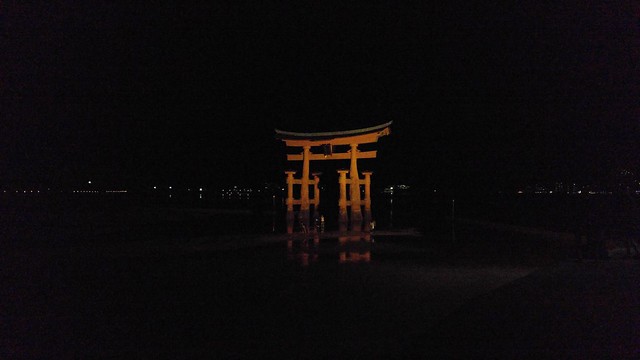 And I did some laundry by hand. 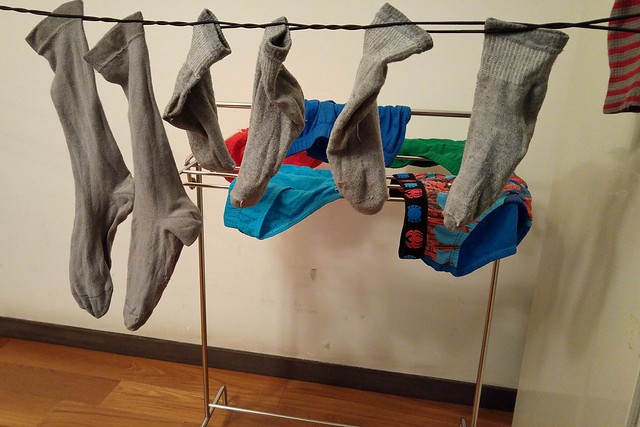 More photos can be viewed at https://www.flickr.com/photos/cragg-ohlsson/archives/date-taken/2015/10/03/.