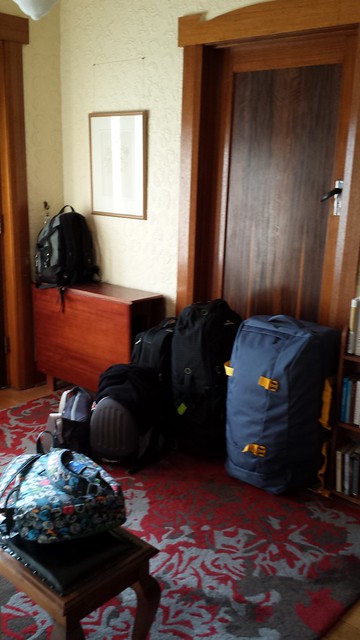 Last of the packing, cleaning, Post-It notes for Caz, good-bye cuddles with dear Lottie. Our taxi was booked for 11:30 am, so at 11 am Scott did a last at home nappy change while singing The Wiggles’ Little Bunny Foo Foo. Our taxi driver was early as well as friendly and helpful, and we were at the airport well before noon. Our checked bags were going all the way through to Arlanda, so once we were checked in Scott wrangled Eskil while I sorted the departure paperwork we’d need later. 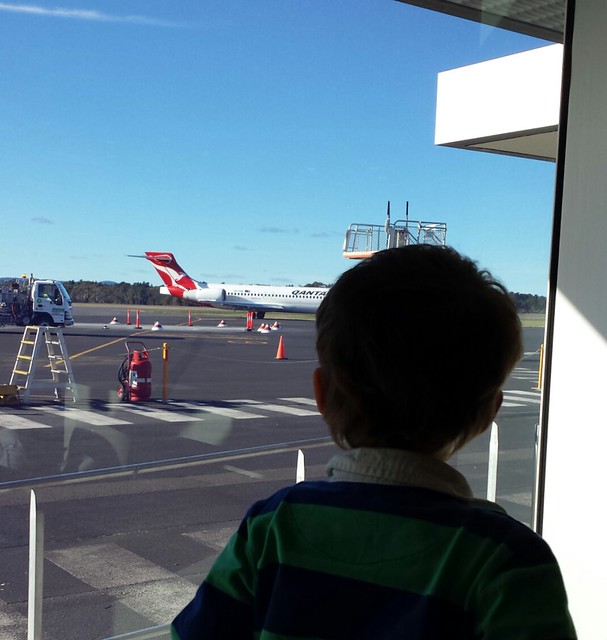 Eskil was thrilled that our airplane was red like Simon Wiggle! He was excited, then needed a cuddle during take-off. Eskil loved the tomato salsa & tamari coated pepitas, sunflower seeds, and sesame seeds (but it became evident later that he hadn’t chewed them). A hop and a skip, and we were soon at Melbourne airport. 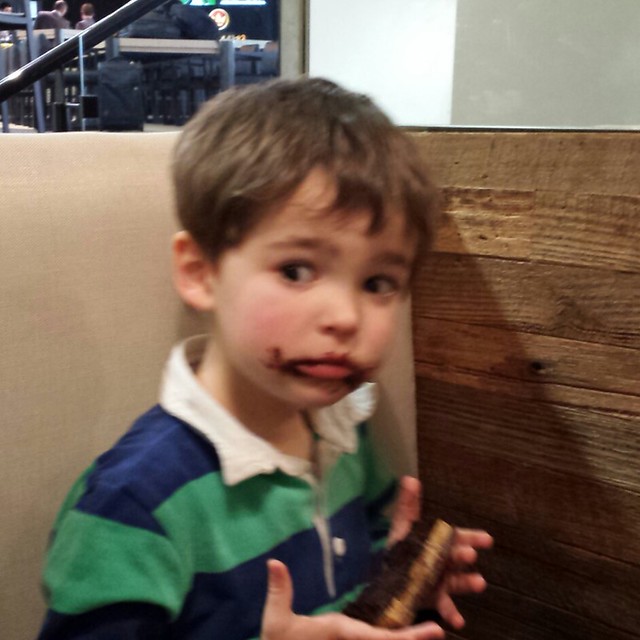 At Melbourne we had many hours to kill. We stopped at a cafe, where Eskil ate chocolate cake and the adults ate food. Then we set up a base in our departure lounge. One would look after our things while the other would accompany Eskil to the small playground, go up and down the escalators, run, go to the bubbler, etc. Eventually it was time to join the queue for our flight. Looking out the window at our airplane Eskil screamed ‘PIRATE!’. We explained to him that it’s actually ‘pilot’. Then he found 3 girls to flirt with; two had monkeys and the third had a duck. Eskil knows the sound it makes, ‘fuck, fuck, fuck!’. 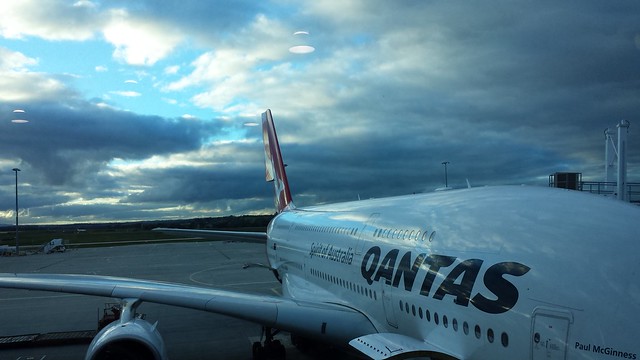 The flight was. . .an international flight. Our hope that we wouldn’t have a 4th person in our bunch of seats was dashed, so we gave him an aisle, and I was trapped. As at home Eskil goes to sleep at 7 and sleeps for 12 hours and as we were departing in the evening and flying for 14 hours, we assumed Eskil would go off to sleep and wake up not long before we arrived in Dubai. HAHAHAHAHAH! Eskil was asleep for take-off, then woke up and watched Peppa Pig (the only thing he recognised) for hours, then eventually started crying, screaming, and sobbing for his cot. He would only sleep on Scott, and of course his nappy leaked through. On Scott. 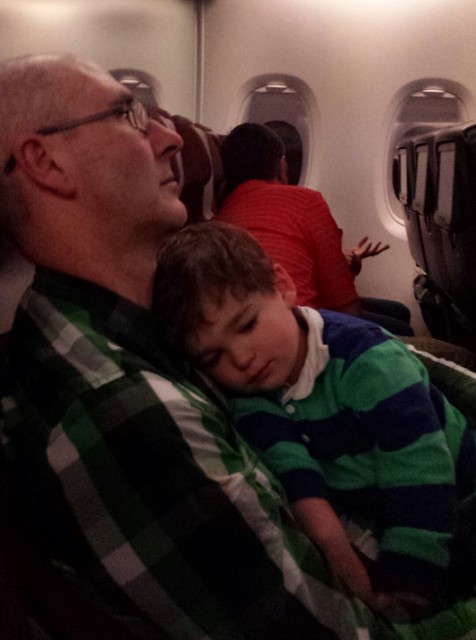 In Dubai we went through security (a man in a red shirt in the queue with us – like Simon Wiggle!), then had a couple hours to stretch our legs. Boarding in Dubai is odd: at the gate it seems that you can just wander onto the flight far in advance. We queued up, and they checked passports and boarding passes again (we had some sort of trouble, perhaps from our Hobart-printed boarding passes?). When we went the stairs we found there was another security check and the actual gate you wait at. Finally the last leg to Sweden!

Other photos from this day are at: https://www.flickr.com/photos/cragg-ohlsson/archives/date-taken/2014/06/17/ .